Save Soil movement a “great effort to preserve human civilisation and culture”: Rajnath Singh to Sadhguru

On the final day of his 100-day Journey for Soil, which also coincided with the International Day of Yoga, Sadhguru, Founder-Isha Foundation, addressed a Save Soil event at the Indian Air Force base in Sulur, Coimbatore, with Minister of Defence, Shri. Rajnath Singh as special guest.

Addressing an audience consisting of Air Force personnel, the defence minister credited Sadhguru for bringing the spirit of Vasudev Kutumbakam (the world is one family) alive by “connecting a large number of people from all over the world into one fold, creating a new environmental movement.”

Referring to the exalted status enjoyed by the Gurus in the Indian culture, and one who guides from darkness into light, the minister conveyed that Sadhguru in the same manner is contributing to human wellbeing “by teaching people to live happier and more meaningful life through Yoga on one hand, and also inspiring them to address the environmental problems on the other hand.” 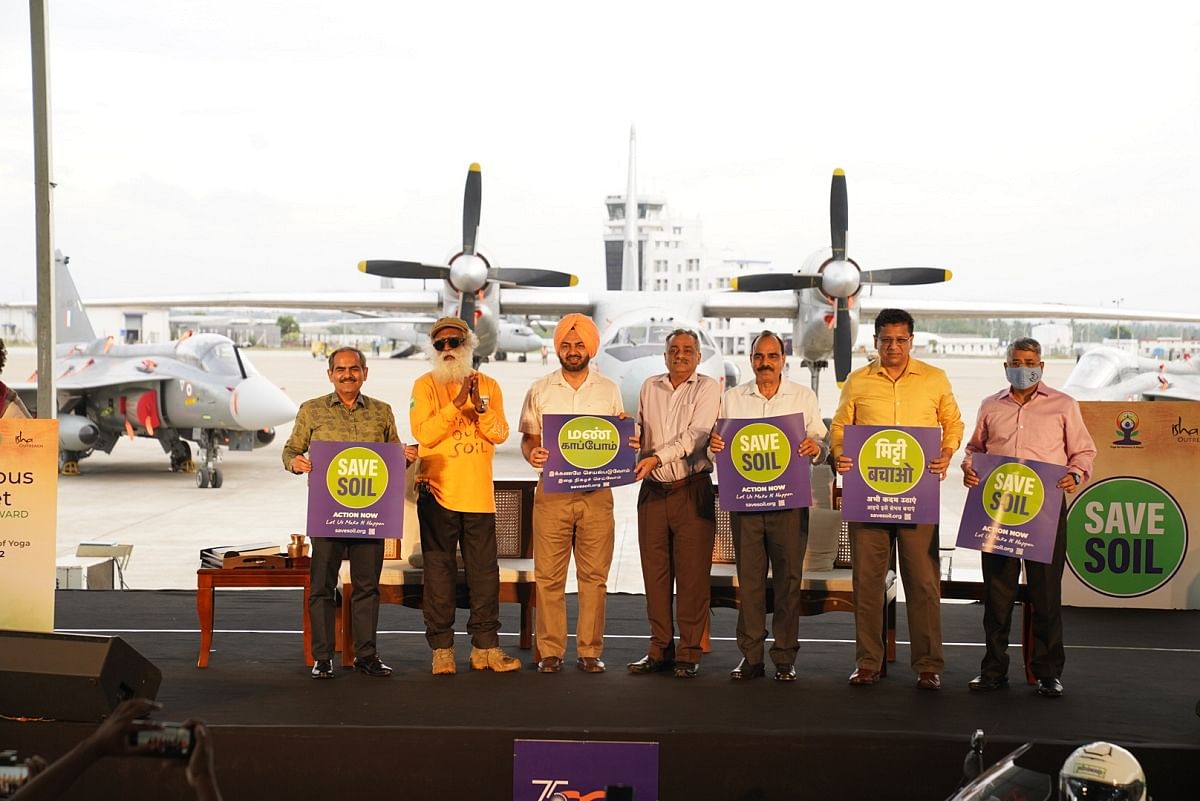 The Defence Minister drew a profound connection of soil with the Indian culture and called the soil as “the soul of our society and culture” observing that protecting the soil is a “great effort to preserve human civilization and culture.” Expressing concern over fertile top soil lasting only 60 more years, the Defence Minister praised the movement, saying that “The Save Soil campaign brings in a ray of hope, and instils a belief that the millions who have supported the cause will contribute towards maintaining our soil.”

Speaking at his first event in Tamil Nadu, Sadhguru pointed that as a generation we stand on a cusp of time, “where if we act now in 10-15 years we can make a significant turnaround. If we wait for another 25-30 years’ time, even if want to we cannot turn it around because bio-diversity loss is happening at that loss.” Urging people support in driving national policy changes, Sadhguru contended that in a democracy for real sensible things to happen people must voice it. As citizens of this nation, we must assure “the elected governments that if you take long term steps for the well-being of the nation, we are with you,” asserted Sadhguru. 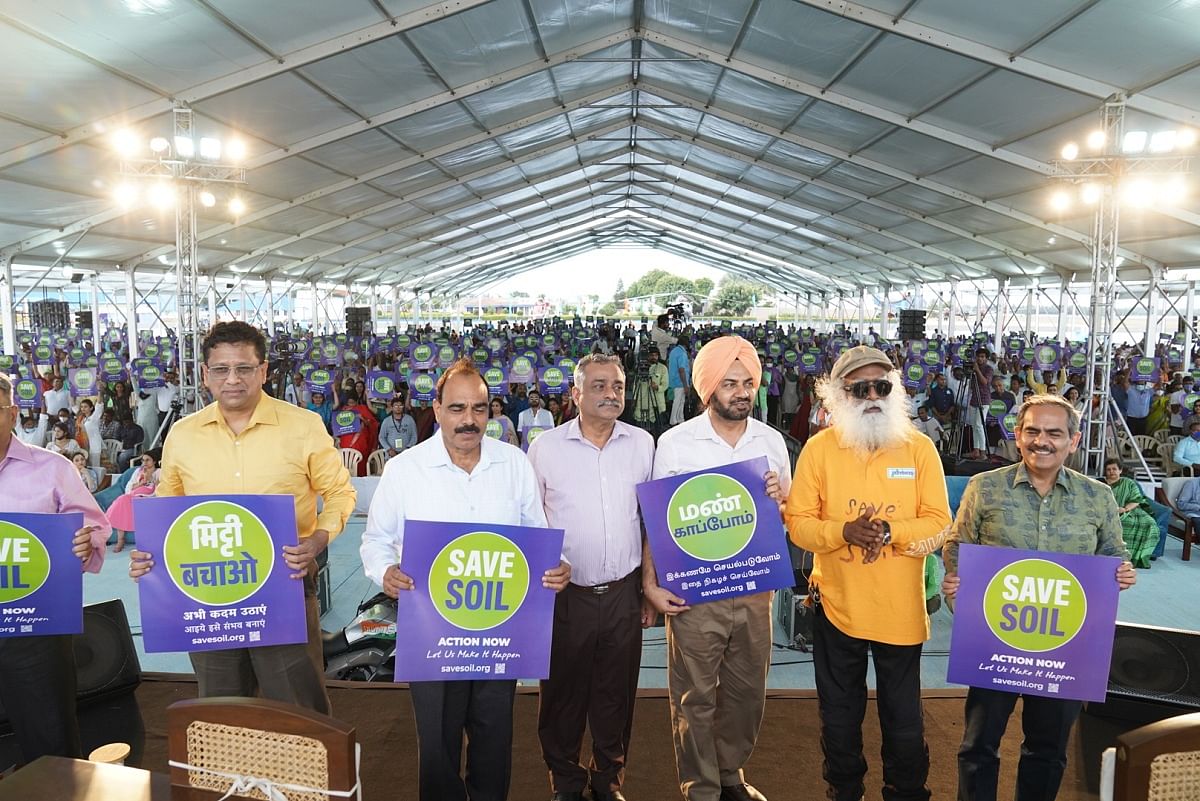 Sharing an update about the movement Sadhguru shared the movement has prepared and dispatched 193 Soil Policy Handbooks unique to each country basis the latitudinal position, economic condition, soil types and agricultural tradition of each given nation to support countries in preparing their own policy in increasing organic content of the soil.

After a lone motorcycle journey for soil spanning 27 nations and more than 28,000 km in 100 days, having participated in 600+ events globally, Sadhguru, returned to Tamil Nadu today. Thousands received him as he returned from a phenomenally successful mission of urging nations around the world to save soil from extinction through policy-driven action, touching over 3.2 billion people over the course of 3 months.

Sadhguru entered Tamil Nadu via Sathyamangalam, where traditional drummers welcomed him near the Bannari temple. Sadhguru is expected to reach Adiyogi later today at 8:30 pm, where thousands of people from across Tamil Nadu are expected to attend the ceremonial welcome for Sadhguru at Adiyogi. 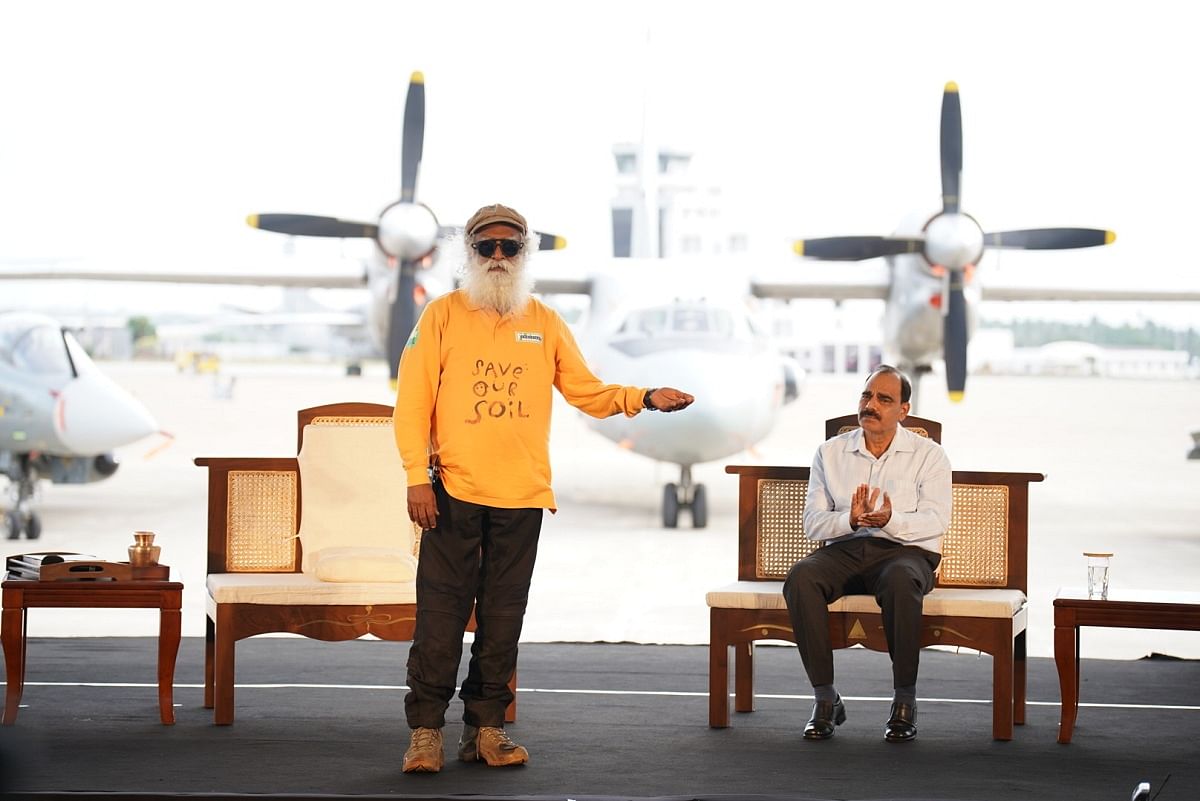 Till date, 74 countries have pledged to Save Soil from extinction. Sadhguru reached India on 29th May arriving at the West Coast port city of Jamnagar in Gujarat which became the first state to sign an MoU with Isha to save soil in the state. Subsequently, seven more Indian states have signed MoUs to save soil in their states– Rajasthan, Uttar Pradesh, Madhya Pradesh, Maharashtra, Telangana, Andhra Pradesh and Karnataka. In Delhi, Sadhguru met with Prime Minister Shri. Narendra Modi on World Environment Day - 5th June – seeking the central government’s support for the Movement. The Prime Minister lauded the Save Soil effort and assured the government’s wholehearted support for the Movement. 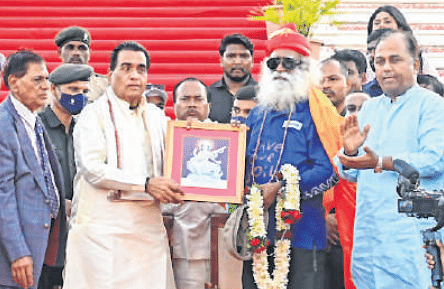