Both the countries have a mechanism under which India's prime minister and the Russian president hold a summit meeting annually to review the entire gamut of ties.

The summit was postponed last year because of the COVID-19 pandemic.

So far, 20 annual summit meetings have taken place alternatively in India and Russia.

Russian Foreign Minister Sergey Lavrov and Defence Minister Sergey Shoigu will also be in New Delhi on December 6 to hold the inaugural '2+2' ministerial dialogue between the two countries, the Russian embassy has said.

Lavrov and Shoigu will hold talks with External Affairs Minister S Jaishankar and Defence Minister Rajnath Singh. It is expected that the ministers will have in-depth discussions on key regional and international issues, including the situation in the Asia-Pacific region and developments in Afghanistan and Syria.

Russia refers to the Indo-Pacific as Asia-Pacific.

A spokesperson said the two sides are also expected to exchange views on interaction within the Shanghai Cooperation Organisation and the Russia-India-China trilateral. "In future, consultations in this format are intended to be organised on a regular basis, alternately in Russia and India," the embassy spokesperson said.

India has the '2+2' ministerial format of dialogue with very few countries – these include the US, Japan and Australia.

The Modi-Putin summit is expected to produce specific outcomes in further expanding ties in areas of defence, trade and energy.

A framework for military-technical cooperation is set to be renewed for the next decade at the summit besides announcing a joint commission on technology and science.

India and Russia have also reached the final phase of negotiation for a logistics support agreement and it is likely to be signed either during the two-plus-two talks or at the summit.

The pact will allow militaries of the two countries to use each other's bases for repair and replenishment of supplies, besides facilitating scaling up of overall defence cooperation. 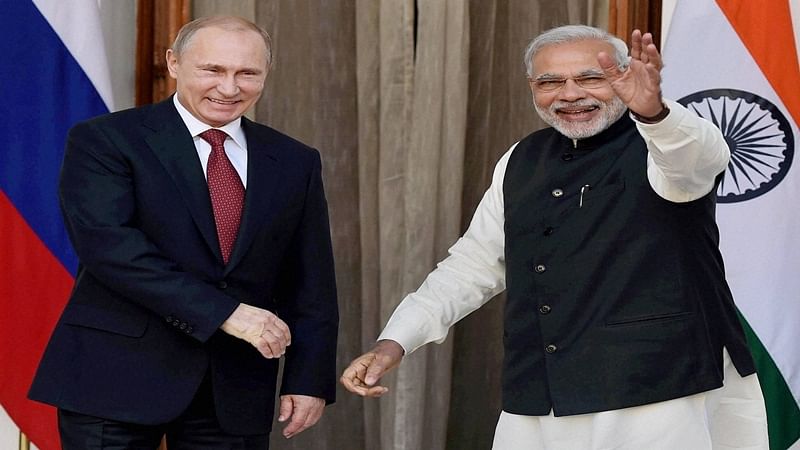