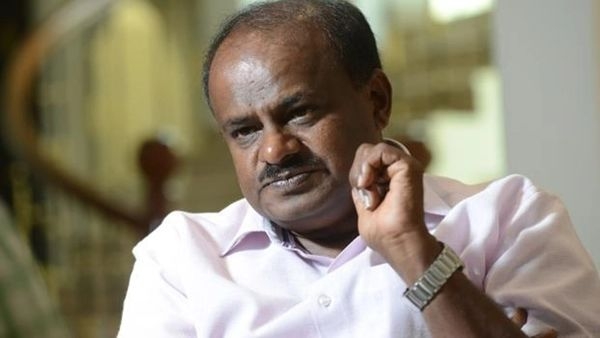 Bengaluru: Former Karnataka Chief Minister H D Kumaraswamy on Wednesday said that he has not spoken about any association, organisation or party, hours after alleging that Rashtriya Swayamsevak Sangh (RSS) is training bureaucrats to fulfil their agenda .

But Karnataka Animal Husbandry Minister Prabhu Chauhan countered that India would have become another Pakistan in absence of Rashtriya Swayamsevak Sangh (RSS) in the country. "The RSS is the patriot organisation that is safeguarding the country. India is safe under the RSS. Indian people nowhere need to be scared for any country or forces," he said.

The Janata Dal-Secular (JDS) leader said, "I have not spoken about any association, organisation or party. I read significant books written by several authors during the COVID-19 lockdown. I also studied some aspects of history. Those are just some of the things written in the books which I spoke," said JDS leader.

The former CM said that he felt it was necessary to put the truth in front of the people in view of the current path. People don't really understand what's going on in the country. If the truth is concealed, it will be disrespect the great men who sacrificed for us. "People need to know the truth anyway. I have no hesitation, no fear, to tell you the truth. My statement is neither in favour nor against anyone. My ambition is to have a true debate. I am always pro-truth," said Kumaraswamy.

"I am not scared of RSS or its strength, RSS is the country's governing body at present. I am not saying that, it is the data and detailed I got from the RSS and I am putting them in front of the people," said former Karnataka CM.

Chauhan further said that everybody knows how the JDS ran the country and its contribution. "JD(S) and Kumarswamy must understand that they don't have any credibility to speak about RSS," he added.

The remarks that caused a row

Earlier on Tuesday, speaking to media persons on the sidelines of a workshop organised for JD(S) workers at Bidadi, Kumaraswamy alleged that the RSS had, over time, had trained 4,000 civil servants in this country- IAS, IPS officers who are now part of the Indian bureaucracy.

He also said that they have especially given the training to write the Union Public Service Commission (UPSC) exam. In 2016 alone, 676 people trained by them got selected, he claimed.

The JD(S) leader also said that the state government, instead of bringing in law against religious conversion, should focus on implementing its welfare schemes.

While speaking on the Lakhimpur Kheri incident HD Kumarswamy said the government should focus on the poor.

"Arrest the guilty if there is respect on the farmers. Those who rammed the car had to be arrested first. Why did you give protection to those who ran the car on farmers?" he added.

Is Uttar Pradesh in Pakistan? Shiv Sena leader Sanjay Raut lashes out at BJP over Section 144 in...