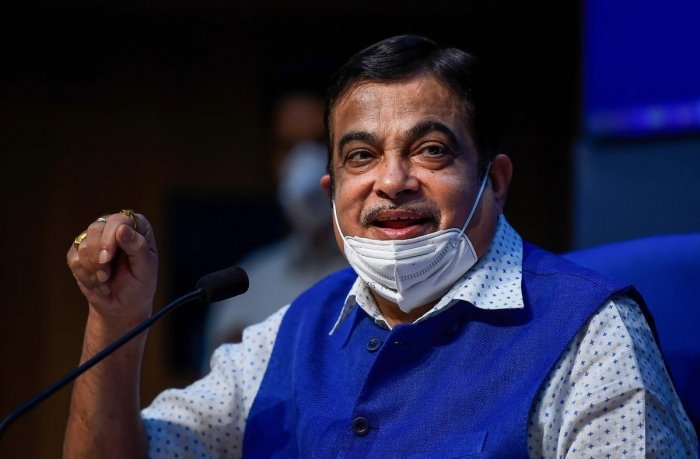 Ayodhya (Uttar Pradesh): Ahead of the Uttar Pradesh Assembly elections, Union Minister Nitin Gadkari on Thursday said road development projects worth Rs 5 lakh crore would be brought in if the "double engine" government of the Bharatiya Janata Party (BJP) comes to power again.

Union Minister for Road Transport and Highways Nitin Gadkari on Thursday inaugurated and laid foundation stones for 572 km of National Highway (NH) projects at a cost of Rs 12,981 crore in Kaushambi, Ayodhya and Basti in Uttar Pradesh.

Addressing the gathering in Ayodhya, the Union minister said, "Under the leadership of Prime Minister Narendra Modi, we are committed to providing better connectivity in Uttar Pradesh with a strong network of National Highways as well as the overall development of the state." "BJP does what it says. The development works which you have seen is just a trailer. If our double engine government comes again in Uttar Pradesh, I will bring road development projects worth Rs 5 lakh crores in the state," he said.

Assembly polls in Uttar Pradesh are scheduled to be held this year.