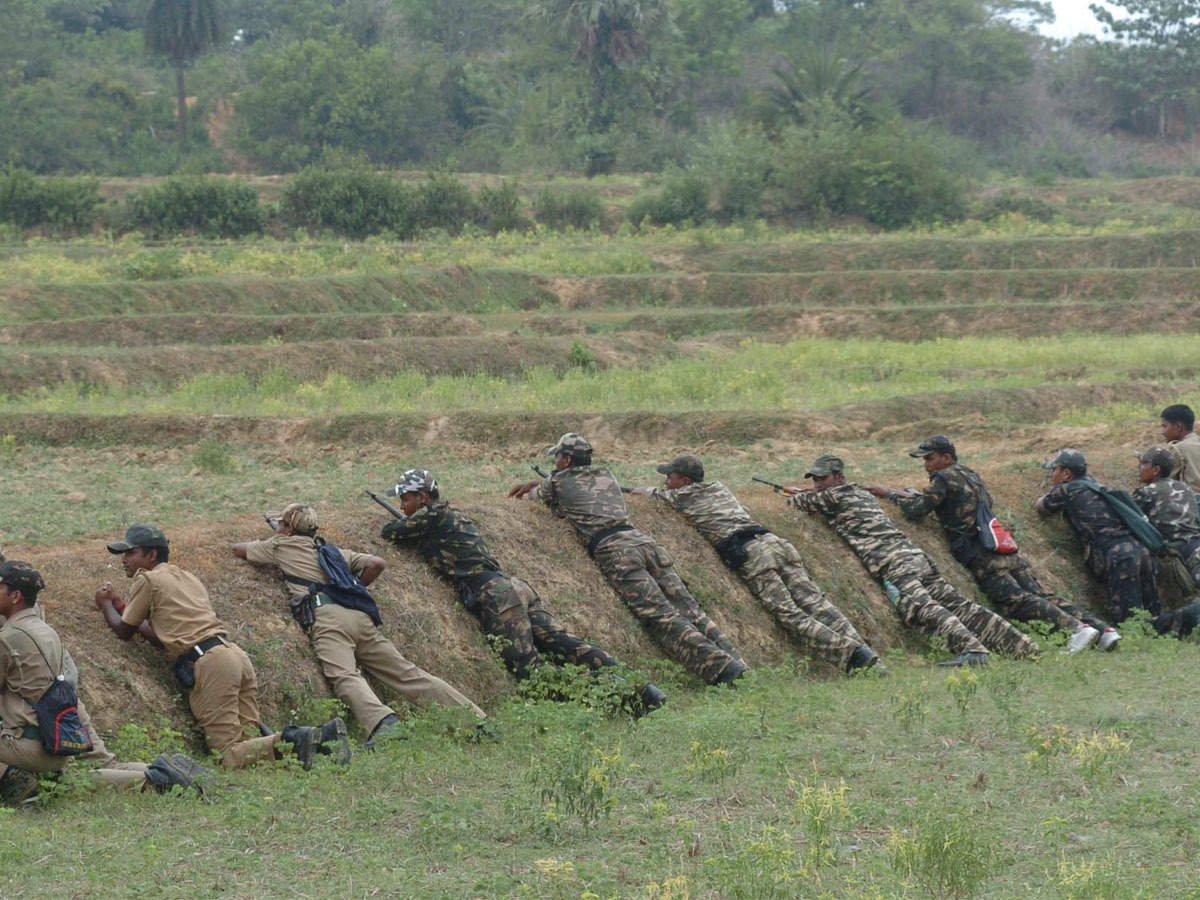 Hyderabad: The revival bid of CPI Maoists in the erstwhile stronghold of Telangana and the previous Andhra Pradesh suffered a serious jolt after the Maharashtra state encounter of Saturday. The dreaded extremist wing operating in the country is weakened further in the Gyaramitta encounter and it added the woes of the militant among the Communist groups in the country. Though, the Naxalites may take it as yet another challenge to their activities in the hotbed of their movement, the death of seniors and dynamic leaders in series of encounters have decimated the movement of squads in the activity zones.

Although many consider it a history, the losses incurred by Naxalites started from the death of Kishan Jee in Jangal mahal of Bengal and it continued with the series of health related losses of Ramanna, Haribhushan, Prakash and the recent death of Akkiraju Haragopal alias RK. In between, the encounters have also inflicted serious losses to the party which is now being guided by Namballa Keshava Rao alias Baswraj. The change of baton from Ganapathi to the hands of Baswaraj was imminent what with the ageing of leaders but that aspect has not given any kind of respite to the naxalite party to strengthen their armed activity.

The intelligence readings notwithstanding, Maoists still continue to enjoy the guidance of sizeable number of leaders in their previous strongholds such as Telangana, Andhra Pradesh, Odisha,Chhattisgarh, Maharashtra , Madhya Pradesh, Karnataka and Kerala in the recent past. This is in addition to their strengths in Bihar, Jharkhand and some parts of Bengal.
The death of the likes of Kishan Ji, RK, Ramanna, Milind TelthumDe, Haribhushan and the arrest of the likes of Prashant Da, a central committee member, has of course weakened the Maoists in the Political Ideology side. Their previous nomenclatures of SCOPE and SCOMA, the two wings of political education and Military Operations of course scattered in the frequent assaults of the police and state forces and the post corona lull on the squad movement front has entailed in the major loss for the Maoists.

Telangana continues to enjoy the top slot in the number of Central Committee leaders on the ranks of Maoists and its leaders Ganapathi, Mallojula Venugopal, Malla Rajireddy, Thippari Tirupathi, Sudarshan , Ekkanti Satyanarayan Reddy, Gajarla Ravi, KoyyaDa Sambaiah, Sambaiah along with some unregistered names with the police continue to sway hold in the committees. Similarly, Andhra Pradesh has also sent five to six senior leaders including Namballa Keshava Rao, Sudhakar alias Tentu Venkata Chalam, Kakarala Sujatha and some more leaders are in the central committee ranks.

`
The health issues of seniors of course weakened the military movements of Naxalites and the death of Milind TeltumDe can further weaken the military network of the Naxalites in their previous bastions.