In a new tussle between the Centre and Delhi government over the distribution of ration, both the sides have now indulged in blame games as the Arvind Kejriwal claims that they were all set to launch the scheme in a couple of days in order to deliver ration to 72 lakh poor beneficiaries at their homes but the Centre has stalled the scheme, while the Ministry of Consumer Affairs, Food and Public Distribution has clarified that the govt had only informed Delhi about the rule position regarding distributing the ration at home.

According to sources close to the Lieutenant Governor (L-G) of Delhi Anil Baijal, the proposal for the scheme has not been rejected as is “being portrayed by the Delhi government”. The scheme has only been “returned for reconsideration”.

He further added, "this has been done to ensure “the constitutional scheme of things is followed in letter and spirit with the sole aim of ensuring smooth decisions and seamless benefits to people at large.”

The Ministry of Consumer Affairs, Food and Public Distribution keeping its side also clarified that govt of India has not asked Delhi Government to not to distribute the ration the way they want. "GOI is ready to grant an additional ration to Delhi. It had only informed them about the rule position," it added.

In a statement from Arvind Kejriwal's office, it said, Delhi government was all set to launch the 'Doorstep Delivery of Ration' scheme across Delhi within 1-2 days. The LG has rejected the file for implementation of the scheme citing two reasons – Centre is yet to approve the scheme, and an ongoing court case."

Govt of India has not asked Delhi Government to not to distribute the ration the way they want. GOI is ready to grant an additional ration to Delhi. GOI had only informed them about the rule position: Ministry of Consumer Affairs, Food and Public Distribution

The L-G has cited two reasons for this decision.

Reacting to this, Delhi's Food Minister Imran Hussain stated, "No approval for launching such a scheme is required as per existing law. Citing an ongoing court case, wherein no stay has been ordered by the courts, to stop the rollout of such a revolutionary scheme makes it clear that this decision is politically motivated."

Read Also
'Dear BJP, why do you hate Delhi?': AAP after Centre blocks their plans to launch home delivery of... 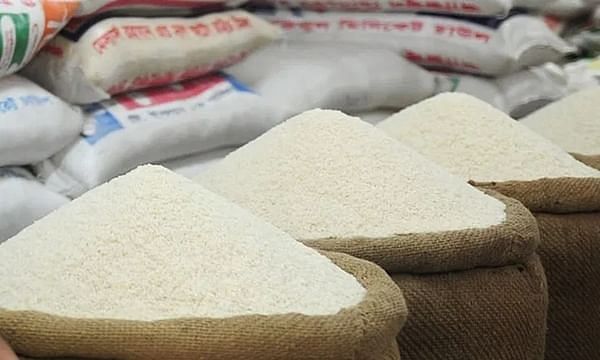