Several kutcha houses, temporary shades were destroyed, while hundreds of trees and many electrical poles were uprooted and roofs of some structures were blown away by the storm
Agencies 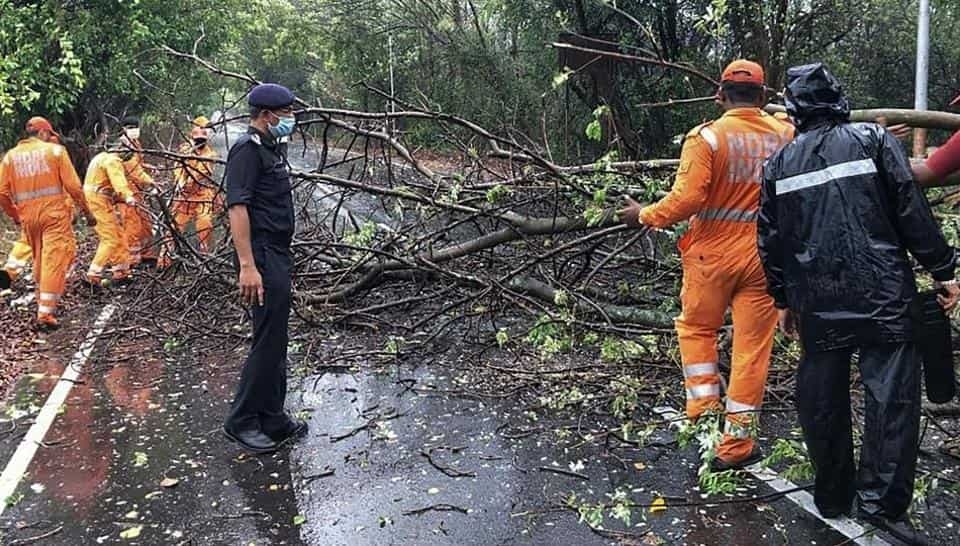 The cyclone made landfall near Shrivardhan in the district on Wednesday afternoon and lashed the coastal areas of Alibaug, Revdanda, Revas, Murud, Mhasala and Roha with strong winds and heavy rains.

Several kutcha houses, temporary shades were destroyed, while hundreds of trees and many electrical poles were uprooted and roofs of some structures were blown away by the storm, an official said.

Earth movers, cutters and JCBs were used to clear fallen trees at Harihareshwar, Shirivardhan and Dive Agar among other affected areas, he said.

Teams from the NDRF, SDRF, police and district administration were working relentlessly to clear the damages, he added.

NDRF teams helped people repair their homes in Alibaug, Revdanda and other tehsils, which were severely hit, the official said.

The storm has uprooted several electrical poles, which fell on parked vehicles and houses, the official said, adding that power supply has been disrupted in some areas because of the damage.

Among 20 teams of NDRF deployed in state, seven were already stationed in Raigad district to tackle emergencies and more personnel reached the district on Thursday morning, the official added.

Apart from Raigad, the teams also carried out restoration activities along the coastline of Mumbai and in Thane.

In Thane, an NDRF team was felicitated by citizens for their timely service during the natural disaster.