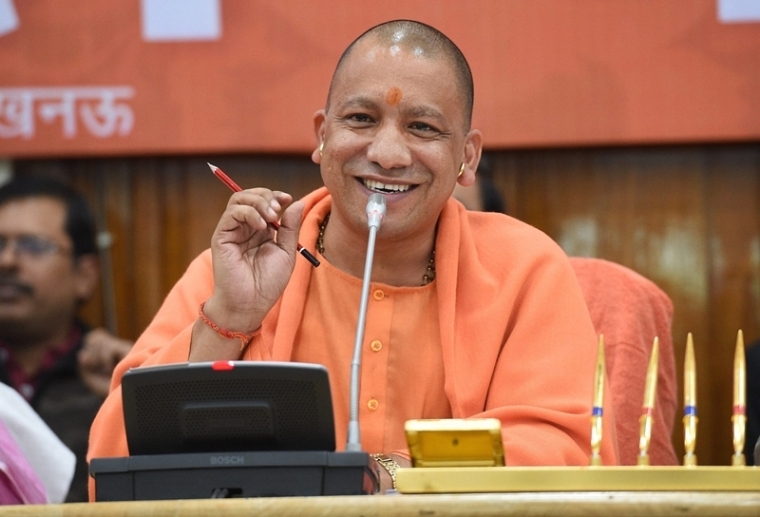 Ayodhya: The Ram Janambhoomi Nyas has said that it wants Uttar Pradesh Chief Minister Yogi Adityanath to head the trust that will oversee the construction of the Ram temple in Ayodhya.

The Nyas said that Adityanath should head the trust as Mahant of the Goraksha Peeth and not as Chief Minister.

Mahant Nritya Gopal Das, who heads the Nyas, said: "The Ram Janambhoomi Nyas wants Yogi Adityanath to head the Trust. The prestigious Gorakhnath temple in Gorakhpur that belongs to the Goraksha Peeth, has played a prominent role in the Ram temple movement. Mahant Digvijay Nath, MahantAvaidyanath and now Yogi Adityanath have been integral parts of the temple movement."

He also said that the Nyas will have a prominent role to play in the proposed trust but did not divulge the details.

"Other members of the trust could be Champat Rai (Vishwa Hindu Parishad Vice President) and Om Prakash Singhal (VHP Treasurer)."

After the demise of VHP leader Ashok Singhal in 2015, Champat Rai has been overseeing the activities of the VHP and its frontal organizations and is one of the leading luminaries of the VHP.

Both, Rai and Om Prakash Singhal are based in New Delhi.

Mahant Kamal Nayan Das represented the Nyas in the meeting with national security advisor Ajit Doval in New Delhi on Sunday where several Hindu and Muslim religious leaders were present.

In a related development, the Digambar Akhara that was headed by Mahant Paramhans Ramchandra Das, also the Nyas president till he passed away in 2003, has announced that their head, Mahant Suresh Das, would be meeting Adityanath on Wednesday to discuss the issue.

The Akhara maintained that no existing trust should be told to construct the Ram temple.

Meanwhile, Mahant Dinendra Das of the Nirmohi Akhara has struck a discordant note by opposing the Ram Janambhoomi Nyas.

"We have been fighting against the Ram Janmabhoomi Nyas. How can we agree to become a member of their trust? They can surrender their trust and become part of the trust with us. It is for the government to find a solution and bring everyone together," he told reporters.

The Supreme Court, in a unanimous verdict on November 9 on the Ayodhya title suit, had rejected the Nirmohi Akhara's claim to shebait rights of serving the deity and managing its property.

But the Bench, taking note of "the historical presence of Nirmohi Akhara at the disputed site and their role" directed the Centre that it should, while framing a scheme to form a trust, assign "an appropriate role in the management" to the Akhara.