The way for expansion and political appointments will be cleared and also the role of Sachin Pilot is likely to be decided very soon according to agency reports.
ANI 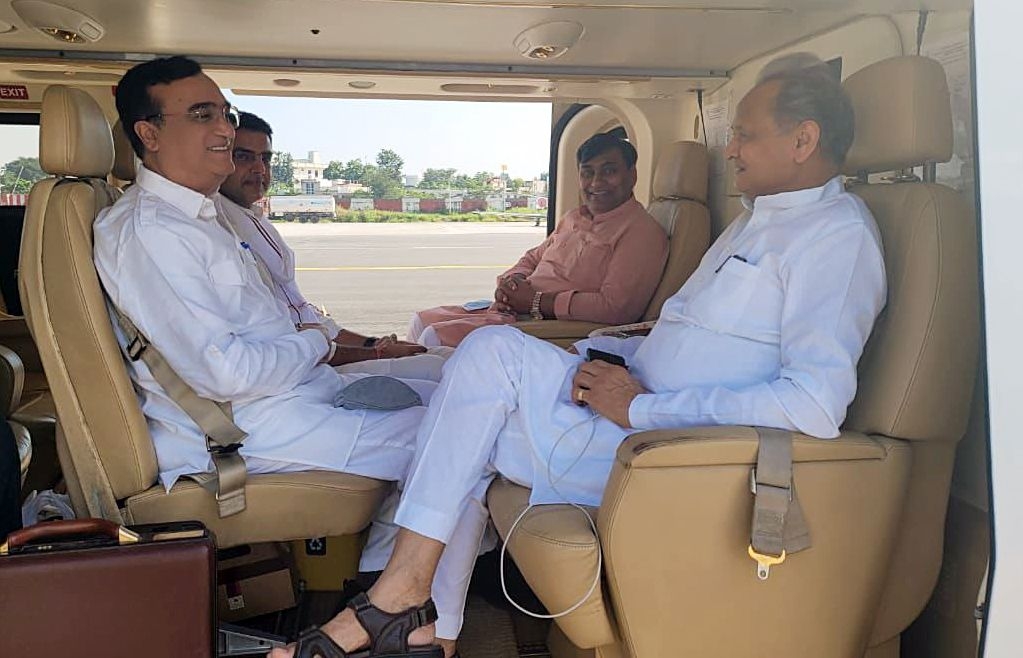 Both the leaders are learnt to have discussed the prevailing political situation as well as the impending cabinet reshuffle in the state considering that it will set a roadmap for the 2023 Assembly elections in the state.

The profile of the leaders are ready, a lot will become clear as soon as permission is given, the sources added.

The committee comprising of KC Venugopal and in-charge Ajay Maken is also brainstorming on cabinet expansion and political appointments. They are talking to Gehlot and Pilot as well in this regard, as per the sources.

The way for expansion and political appointments will be cleared and also the role of Sachin Pilot is likely to be decided very soon, added sources.

Gehlot has shown his competitiveness and winnability in the recently held by-elections in two Assembly seats in Rajasthan, in which Gehlot's strategy defeated the Bharatiya Janata Party and captured two seats, due to which a positive message has also reached the high command.

Sachin Pilot had recently asserted that he wants to change the trend of Rajasthan by winning the next assembly election."Less than two years are left for Rajasthan Assembly polls, we want to strengthen the organisation for it. we should fight strongly and change the trend of one-time BJP and one-time Congress. It's essential to form government in 2023 again. We need to focus on how to get re-elected in Rajasthan. The party will take decisions keeping experience, creditability, regional balance, caste combinations in mind," he said.

Therefore, it wants to give place in the cabinet and political appointments to the leaders of all sections from the grassroots level.