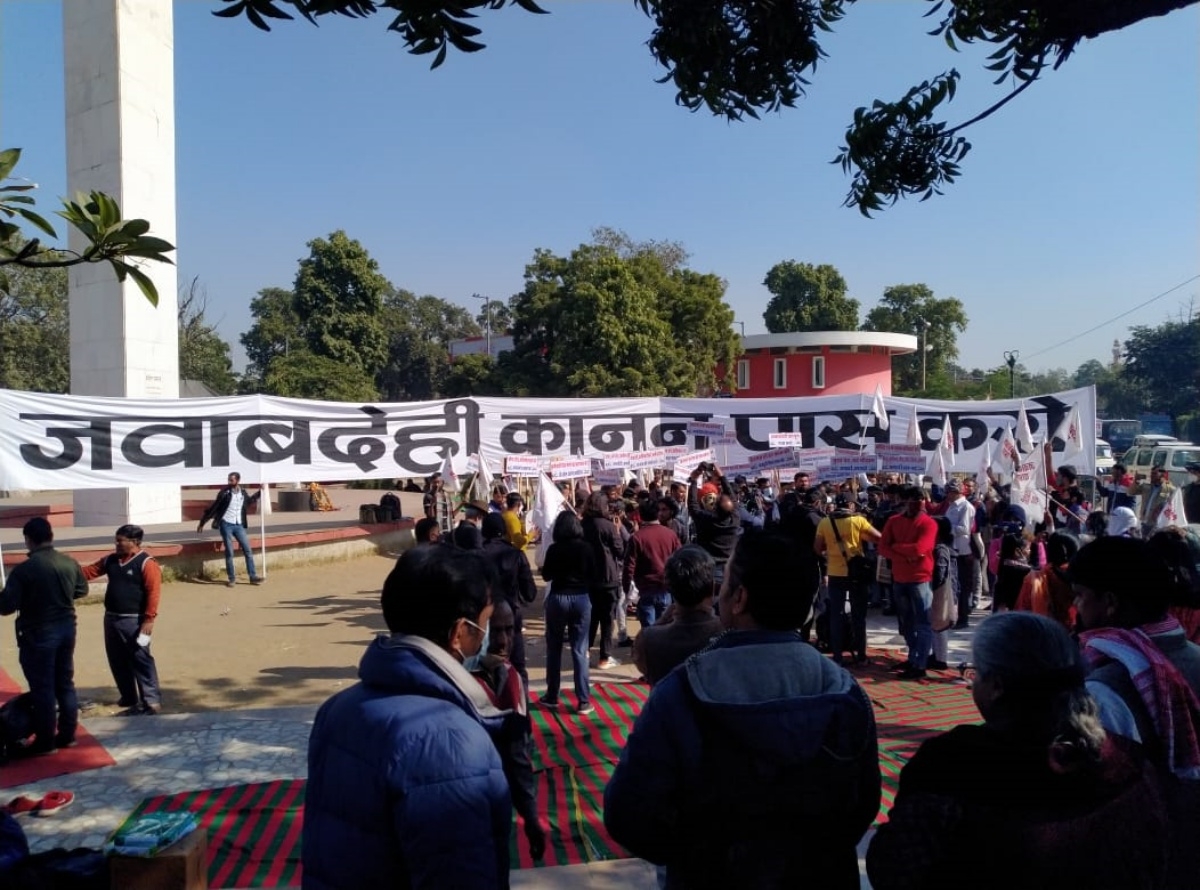 Jaipur: The civil society organizations in Rajasthan are demanding the enactment of the Transparency and Social Accountability Bill in the state. This was in the manifesto of the ruling party Congress and the draft of the bill is ready but has not been enacted till now. The organizations have now started a Jawabdehi Yatra from Monday to assert their demand. Activist Aruna Rai flagged off the 45 day Yatra that will cover all 33 districts of the state.

Though the activists had to face the Jawabdehi of Rajasthan police before Yatra could start. The activists were denied to use the mike. State chief of PUCL Kavita Srivastava tweeted ‘ the Rajasthan Police, SHO, behaved like a ruffian, stopped us from using the mike, snatched and took it away.’ The senior officers had intervened to resolve the issue.

Notably, the civil society organizations in Rajasthan have made efforts for this bill since 2016 under their campaign for information and employment rights (Suchna and Rojgar Adhikar Abhiyan, SR Abhiyan).

The Congress party had included this demand in its manifesto of 2018 Rajasthan assembly elections and after assuming power the Congress government had constituted a committee to draft the Transparency and Social Accountability Bill. The committee. The committee had drafted the bill in just 5 months but the bill is yet to be enacted.

‘We are demanding this bill to make government employs, officials and politicians accountable to the citizens and to ensure the right to lodge the complaints and time-bound disposal of these,’ said the statement issued by the civil society organizations.

The Yatra will cover all 33 districts in 45 days. Meetings with citizens, government officials and media and other activates like street plays will be held during the Yatra.