The saffron party claimed that the victory was proof that the poor and farmers have faith in prime minister Narendra Modi.
Urvashi Dev 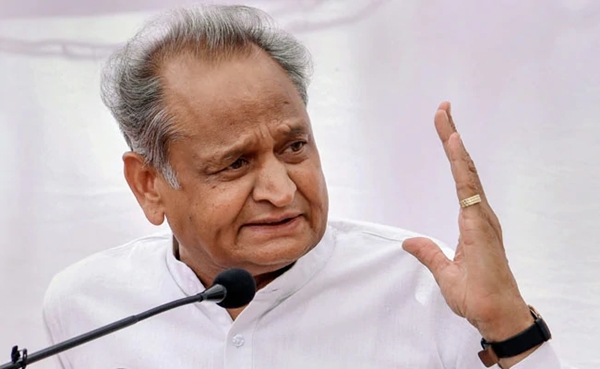 Jaipur: In a jolt to the Congress government in Rajasthan, the BJP won handsomely in the local body polls as results came in on Wednesday. The saffron party claimed that the victory was proof that the poor and farmers have faith in prime minister Narendra Modi.

In a first, the BJP reversed the trend of the ruling government winning a majority in elections to the panchayat samitis and zila parishads which are local bodies in villages and districts.

Of the total 4,371 panchayat samitis where elections were held, the BJP bagged 1,989 while the Congress was a distant second with 1,852 seats. Independents won on 439 seats while the NDA ally Rashtriya Loktantrik Party won 60 seats, the CPI(M) won 26 and the BSP won five.

Similarly, the BJP won 354 of 636 Zila Parishad seats while the Congress emerged victorious on 252 seats. The RLP bagged 10 seats, Independents won 18 seats and the CPI(M) won on two seats.

The Congress, which is still emerging from the aftershocks of the political crisis that almost toppled the government, the absence of an organisational set-up proved detrimental.

Irked by the Congress’ poor performance in the local body elections, the party high command has asked for a report on the reasons for the defeat.

The win will be a shot in the arm for state BJP president Satish Poonia and will do away with the perception that he is a mild leader who is still struggling to make his place in the organisation.

In his congratulatory message, Nadda said the win was a reflection of the faith that the poor, the farmers and the labourers have in prime minister Narendra Modi.

Poonia said two years of Congress rule have been marked by poor governance and anarchy. “The results show that the Congress government is losing steam midway,” he said.

The results also mean that the BJP is moving out of the shadow of former CM Vasundhara Raje. She was not involved in the campaigning for the elections. Instead, leaders seen to be in the anti-Raje camp such as union ministers Gajendra Shekhawat, Kailash Choudhary and MP Diya Kumari.

Raje did issue a congratulatory statement on the BJP win but she did not mention the organisation. She congratulated the winners and thanked the people of the state for reiterating their faith in the Modi government and rejecting the Congress’ lies, deception and arrogance.

The RLP which ate into the votes of both the Congress and the BJP, won on 60 panchayat samiti and 10 zila parishad seats.