Cabinet Minister Pratap Singh said, "Ashok Gehlot is the leader of the legislature party. Gehlot's apology meant we all apologized. He has told everything to the party president."

Rajasthan Chief Minister Ashok Gehlot addresses the media after meeting with Congress interim President Sonia Gandhi, outside her residence, in New Delhi on Thursday | ANI
Follow us on

Jaipur: After the apology made by Rajasthan Chief Minister Ashok Gehlot to Congress president Sonia Gandhi in Delhi for not getting the resolution passed by the legislature party meeting, the rebellion Gehlot camp seems to surrender.

The ministers of Rajasthan who were leading the Gehlot loyalists have apologized to Sonia Gandhi.

Cabinet Minister Pratap Singh said, "Ashok Gehlot is the leader of the legislature party. Gehlot's apology meant we all apologized. He has told everything to the party president."

Khachariawas said that if the leader of the legislature party has said that everything depends on Sonia Gandhi, then nothing is left.

"The statement of the Chief Minister regarding the incident of Sunday is the statement of all of us and the decision taken by Sonia Gandhi for the post of chief minister will be acceptable to us," said the minister to the media.

He said that now Gehlot has left everything to the national president. "Our leader is Sonia Gandhi and she is also the leader of Ashok Gehlot," the Congress leader said.

Khachariawas added that when CM Ashok Gehlot comes back, all the MLAs will meet him and then the whole situation will be clear.

It is to mention here that around 92 MLAs of Gehlot camp had not only boycotted the Congress Legislative Party (CLP) meeting but submitted their resignation against the one-line resolution to authorize the party high-command last Sunday. 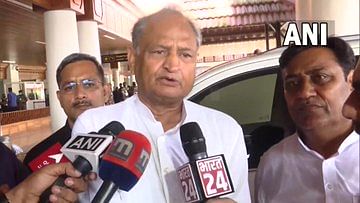