Though the assembly election of Rajasthan is scheduled in 2023, BJP has started its preparations and holding a two day 'Chintan Shivir' in the historic city of Kumbhalgarh following the RSS style of brainstorming. Only 40 prominent leaders of the party have been called for this Shivir that started on Tuesday, though three of them, former CM Vasundhara Raje and Union ministers Gajendra Singh Shekhawat and Bhupendra Yadav are not attending this.

This brainstorming meeting is being considered important in light of the internal conflicts of the party and the present political turmoil in the ruling party Congress. Party’s general secretary BL Santhosh is heading the Shivir and has reviewed the organization structures and activities of the party on day one of the meetings.

"Brainstorming, training and practice are the core activities of the party and to review the organization and planning for the future is a routine practice. This time our special focus is on the assembly elections of 2023", said state party president Satish Punia.

The party is focusing on strengthening the organization at the grass-root level and making its frontal originations more active in the field, he added.

A party official said that it looks a bit early to prepare for the assembly elections that are two years away from now but this meeting is being organized on the directions of the party high command and this somehow indicates that the party is serious about the internal conflicts of Congress and keeping a close eye on the political developments of the ruling party.

Besides this, the performance of the party in recent Panchayat polls and assembly by-elections was not satisfactory. Party is facing factionalism that may hamper the chances of the party to get back in power in 2023.

Sources in the party said that this is the first of its kind of Chintan Shivir and there is a plan to hold such meetings at the district level to sensitize the workers and make constituency specific strategies. 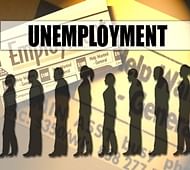