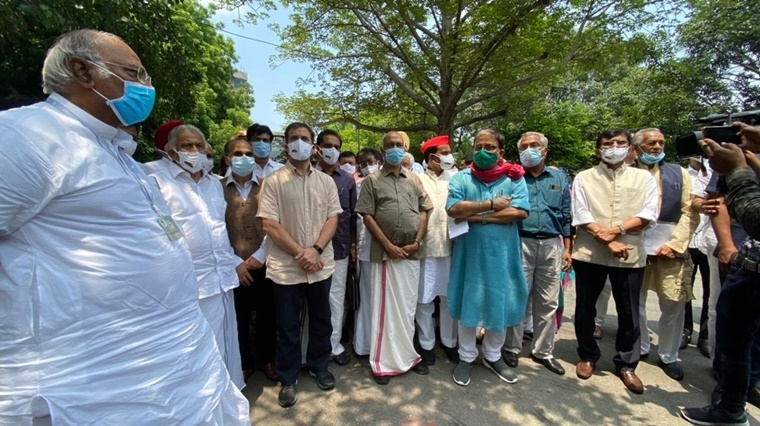 Congress leader Rahul Gandhi and other Opposition leaders on Friday reached Jantar Mantar near Parliament in Delhi to express solidarity with farmers protesting against the contentious farm laws and participate in the 'Kisan Sansad'.

Earlier in the day, the AAP had said it will join the protests led by Mallikarjun Kharge. AAP MP Sushil Kumar Gupta had told news agency ANI, “If the Opposition’s protest is led by a party leader like Rahul Gandhi, then, why would we go? He hasn’t been successful in raising farmers’ issues.”

The leaders of 14 Opposition parties met in Parliament house at 10 AM and decided to extend their support to the farmers' agitation and sit in solidarity with them.

Congress leader Rahul Gandhi and several other leaders of Opposition were present in the meeting held in the chamber of Leader of Opposition in the Rajya Sabha Mallikarjun Kharge. Leaders of parties including the Congress, DMK, TMC, NCP, Shiv Sena, RJD, SP, CPIM, AAP, CPI, IUML, RSP, NC and LJD attended the opposition meeting. The opposition leaders also discussed their floor strategy in both houses of Parliament during the meeting. 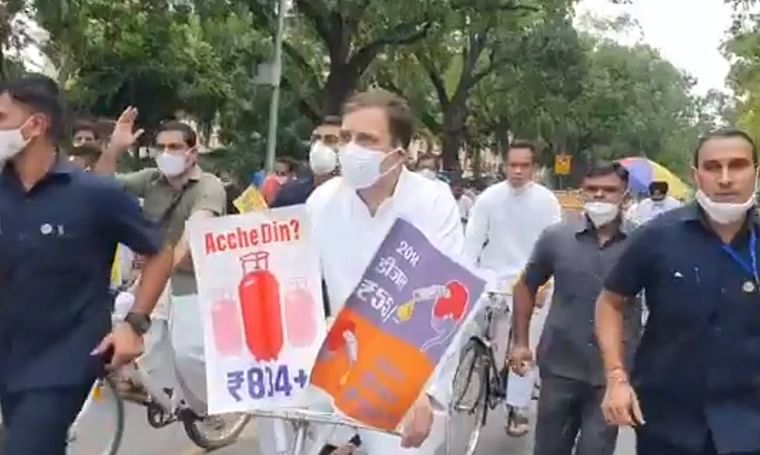