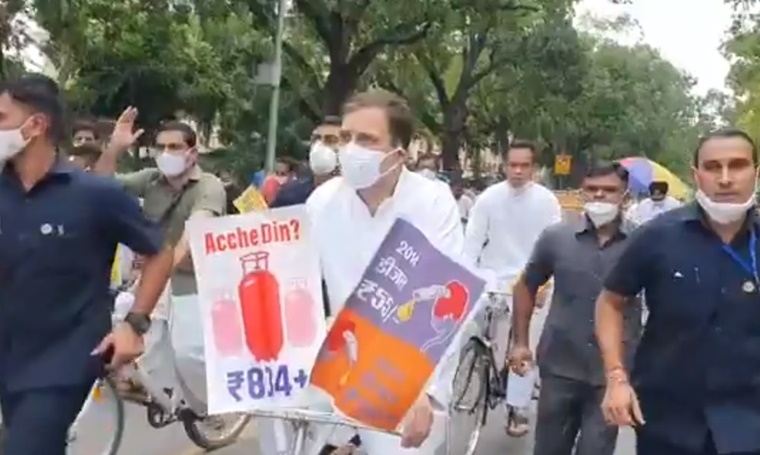 Days after his surprise tractor ride to parliament, Congress leader Rahul Gandhi along with other Opposition leaders cycled to Parliament to highlight the issue of fuel price hike. Some opposition MPs, who could not cycle, walked down to Parliament.

This comes after leaders of several Opposition parties attended a breakfast meeting hosted by former Congress President Rahul Gandhi at the Constitution Club on Tuesday where stress was laid on opposition unity.

Leaders of JMM, JKNC besides IUML, RSP, KCM, LJD and RSP were also present at the meeting.

Leaders of 17 opposition parties were invited at the breakfast meeting, but the Bahujan Samaj Party (BSP) and Aam Aadmi Party (AAP) did not attend.

Trinamool Congress, which had skipped the last meeting of Opposition leaders by Gandhi, was also present at today's breakfast meet.

"The single motive to invite you is that we should unite.The more this voice unites, the more powerful it will become, the more difficult it will become for the BJP and RSS to suppress this voice," Rahul Gandhi said at the meeting.

"We should remember the foundation of unity and it is important that now we start to come up with the principles of this foundation," he told the opposition leaders.

"As far as fuel prices are concerned, the people of India are struggling and if we cycle from here to Parliament, it will have an impact," Rahul Gandhi said. 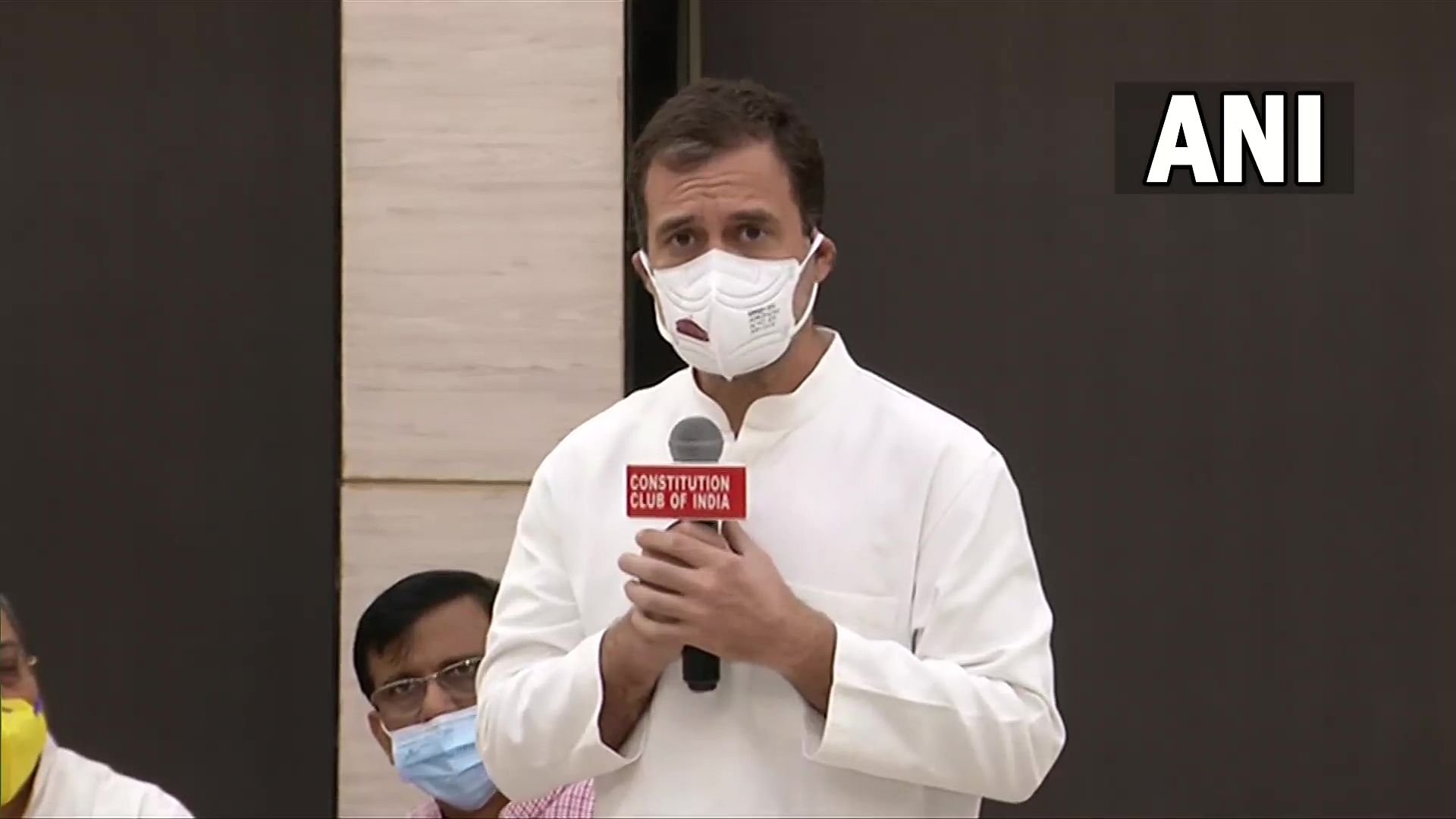 'Most important thing in that we unite the voice of people': Rahul Gandhi at Opposition meeting
Advertisement