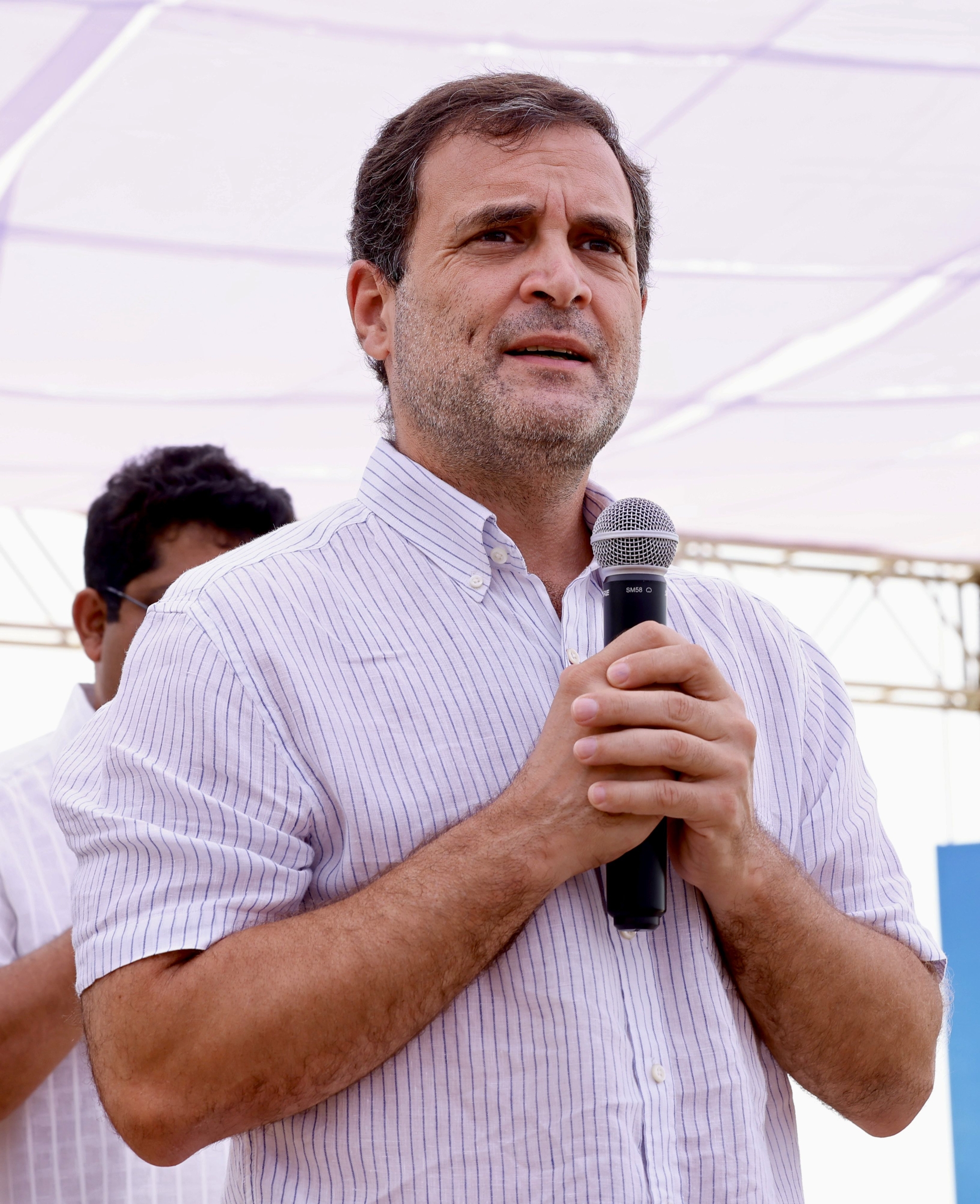 In the wake of heavy rainfall warning issued for various districts in Kerala, including Pathanamthitta, Congress leader Rahul Gandhi on Monday appealed to the party workers in the state to be of help in every way possible.

Taking to Twitter, Gandhi said, "Our brothers and sisters in Kerala are braving heavy rains. I appeal to Congress workers to help in every way possible. Please take care and follow all safety guidelines." A Red Alert has been declared in Ernakulam, Idukki and Thrissur districts. Kaki and Idukki dams have been opened. Monitoring has been intensified in various dams managed by the electricity and water departments.

Our brothers & sisters in Kerala are braving heavy rains.
I appeal to Congress workers to help in every way possible.

Four teams of the National Disaster Response Force have been deployed in the state. Two teams of Defence Security Corps are ready to go to Kannur and Wayanad districts if required.

"There have been seven landslides since November 10. People should be relocated to camps from landslide-prone areas. Fishing has been banned and a warning has been issued. Police and fire department officials are ready to deal with any sort of emergency," said Kerala Chief Minister Pinarayi Vijayan.

The spot booking at Sabarimala has also been stopped for three days.

"When the Sabarimala temple reopens, it will be difficult to allow more pilgrims to enter. The Pamba river is turbulent due to heavy rains. The availability of drinking water and bathing water is also a cause of concern. So the meeting decided to limit the number of people to Sabarimala in the next three to four days. Pampa bathing is not allowed as the water level is dangerous. Spot booking will be temporarily stopped. The government is considering changing the date for those booked via a virtual queue to control the number of people," CM Vijayan had said yesterday.