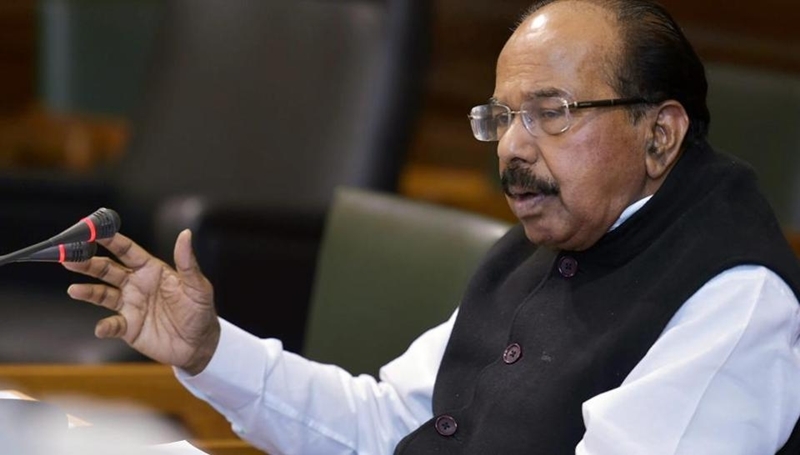 Addressing the media, Moily said, “In government records, Defence Ministry and IAF Chief wanted HAL to be involved. IAF Chief at that time visited HAL with Dassault and found it competent and that they have the expertise. I think IAF chief is not fine, he is lying and he is suppressing the truth.” Air Chief Marshal Dhanoa on Wednesday had welcomed the Supreme Court verdict on Rafale jet deal and said that the Indian Air Force needs the fighter aircraft badly. On December 14, the apex court dismissed all the petitions seeking probe into the Rafale deal stating that it was “satisfied” with the Central government’s decision-making process.

Terming Rafael deal as the biggest scandal in the history of the country, Moily said, “There are too many suspicions, questions on this deal but no answers have been given till now. Rafael deal was an open loot done by keeping the national security under risk. (Congress chief) Rahul Gandhi has taken it as a mission to fight against it and bring out the truth of the scandal.” Moily also raised questions over the price of the fighter jets and said, “Why BJP has purchased the Rafael fighter jets worth Rs. 526 crore at a price of Rs.

1600 crore? Why the contract was taken away from the HAL and given to Anil Ambani’s Reliance? The original deal with HAL was for 126 Rafael jets in which 18 were to be brought in condition to fly and 108 were meant to be manufactured under HAL.” Citing the Supreme Court verdict and subsequent submission of the central government application seeking a correction in the apex court’s order, Moily said, “The government has given false reports to the Supreme Court. The judgement is based on a nonexistent CAG report. Till now CAG reports are not submitted to Public Accounts Committee. Congress party is just demanding Joint parliamentary committee in this deal.”

Speaking to ANI, Moily asserted that the apex court has not given any clean chit to the government on different aspects of the deal.

“The Supreme court has not given clean chit on the pricing, technology, and work share contract of the Rafale deal. Prime Minister Modi has humiliated the country, he sacrificed the national interest. IAF Chief himself said that HAL is competent and today he says that the top court judgement was fine on the Rafael deal which means his opinion has no credibility,” he added.

Addressing the media during his visit to Air Force Station at Jodhpur, Air Chief Marshal Dhanoa had said, “The Supreme Court has given a very fine judgement and I am not going to comment on it. It has also said that this plane is badly needed. Rafale is always a need for the Air Force. It (fighter jets) took a long time to come. Others have upgraded their squadron. Also, very fine comments are given by the Finance Minister (Arun Jaitley) and our Defence Minister (Nirmala Sitharaman).