Chandigarh: The Punjab police on Tuesday claimed to have arrested one more operative of the Inter-Services Intelligence (ISI) backed drone-based Khalistan Tiger Force (KTF) terror module and recovered three hand-grenades and two pistols from his possession.

"The accused was nabbed during a police checking drive on Kotkapura-Baghapurana road near Moga while he was travelling to Amritsar in his car. Apart from three hand-grenades, the police also recovered two pistols - .30 bore and 9mm Beretta - along with 60 live cartridges," Yadav said.

The development comes two days after the arrest of two operatives identified as Veeja Singh alias Gagan alias Gaggu and Ranjodh Singh alias Jyoti of this module from Chamkaur Sahib area. Earlier also, the Ferozepur police had recovered one sophisticated AK-47 assault rifle along with two magazines and 60 live cartridges from the paddy fields of village Arifke in Ferozepur, which were intended to be retrieved by Veeja Singh and Ranjodh Singh.

Detailing another development, DGP Yadav held that Amritsar rural police had also busted an ISI-backed narco-terrorism module with the arrest of one of its operatives and recovery of arms and explosives from his possession.

The police also recovered one RDX loaded tiffin box fabricated into an improvised explosive device (IED) or tiffin bomb; two sophisticated AK-56 assault rifles along with two magazines and 30 live cartridges; one .30 bore pistol along with 6 live cartridges; and 2 kg heroin from the accused, who is also wanted by the state police and Central enforcement agencies in at least five criminal cases including the one wherein five AK-47 assault rifles were seized in Tarn Taran in September 2019. 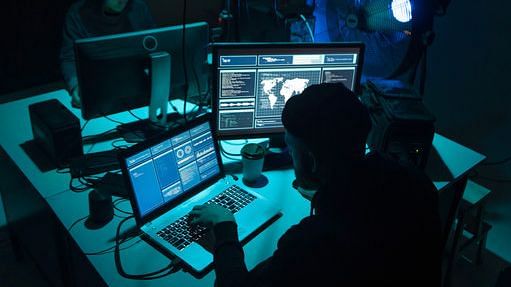