Chandigarh: Haryana Chief Minister Manohar Lal Khattar on Monday defended the police action against the protesting farmers in Karnal on Saturday, and blamed the Punjab government led by Congress’s Amarinder Singh for “instigating farmers” to resort to violence over the three contentious farm laws. “To maintain law and order, (police) strictness has to be maintained,” Khattar said at a heavily barricaded press conference at the Chandigarh Press Club.

The Haryana chief minister said the farmers “need to understand they are not gaining anything out of such protests”. “People are no longer sympathetic towards them. I am getting phone calls that they need to be dealt with strictly. But we are exercising restraint because they are our people,” Khattar said.

While issuing a stern warning to leaders “instigating violence” in Karnal, Khattar said in a democracy everyone has right to expression of speech. “But if anyone disrespects the law and order, then certainly the police have a role to play,” he added.

Amarinder had demanded Khattar’s resignation over the Karnal violence. Khattar claimed that Amarinder was “sharing ladoos” with the farmer leaders over protests in Haryana. “He should be the one resigning as he is behind the farmers’ stir,” Khattar said.

Read Also
'Who is Amarinder Singh to demand my resignation?': Know more about verbal spat between Haryana CM... 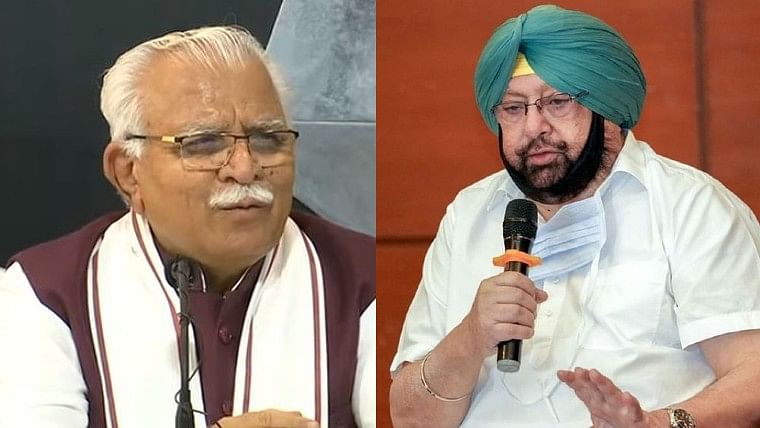