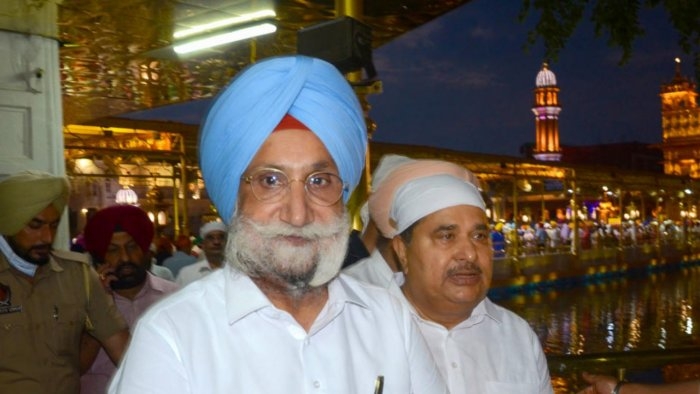 Punjab Deputy Chief Minister Sukhjinder Singh Randhawa on Sunday condemned the alleged sacrilege attempt at Golden Temple in Amritsar and said that all angles of the incident are being investigated and things would be clear soon.

He also informed that the accused in the Amritsar incident has not yet been identified.

Speaking to the media after meeting with officials here, Randhawa said, "It is an unfortunate incident. It seems that the person came with the target of sacrilege only as he was there for eight to nine hours. He has not been identified yet. We will investigate the matter." "He entered alone. We are tracing from where he entered, where all he went through CCTVs installed outside almost every house here. We'll know more in one or two days," he added.

The Deputy Chief Minister also said that the sequence of sacrileges in the past few days across Punjab and the drone activities here are suspicious.

An FIR, under sections 295A and 307 of the Indian Penal Code (IPC) has been filed against an unknown accused, for the deliberate and malicious intention of outraging the religious feelings and attempt to murder.

Assistant Commissioner of Police (ACP) Sanjeev Kumar informed that the security arrangements at the Golden Temple has been made and said that the situation has remained peaceful by far.

"After yesterday's incident, we have made security arrangements here (at Golden Temple). Many Sangats come on weekends... although the situation is peaceful," he said.

A man was beaten to death by angry devotees after he allegedly attempted to commit sacrilege at the Golden Temple in Amritsar, police said on Saturday.

The incident took place during evening prayers yesterday when the man jumped over the metal railing around the Guru Granth Sahib and allegedly attempted to desecrate the Holy Book of the Sikhs with a sword.