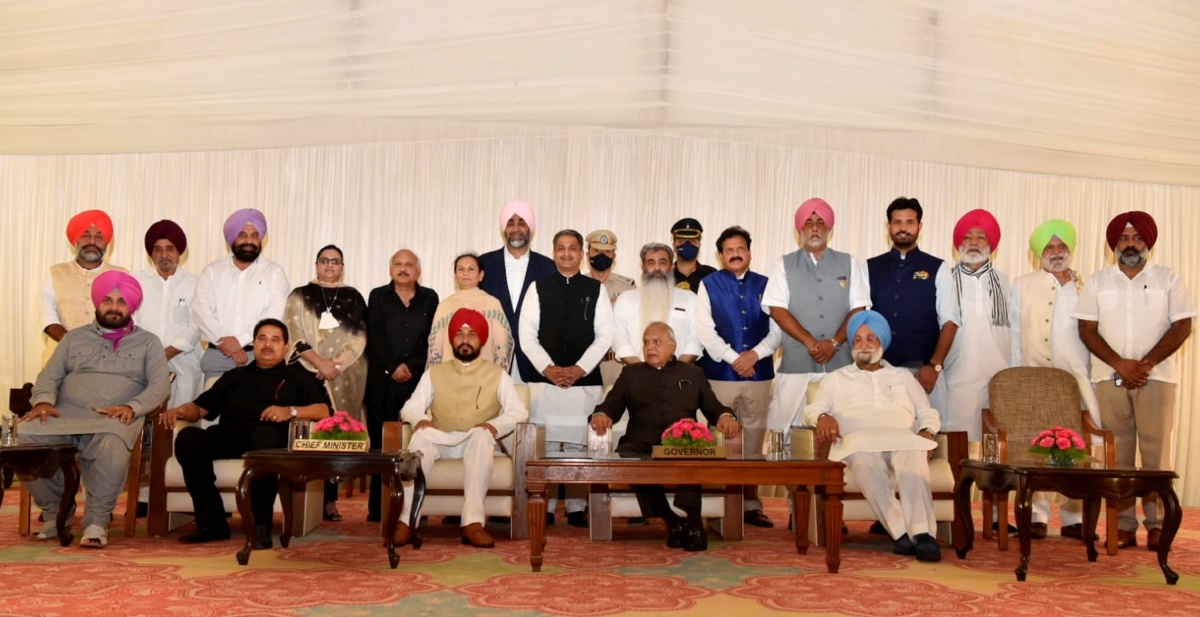 A total of 15 Congress MLAs took oath today as cabinet ministers today at Raj Bhavan despite disappointment expressed by some of the Congress leaders.

Earlier, sources had informed ANI that four ministers considered as close aides of former Chief Minister Captain Amarinder Singh are likely to be dropped from Channi's new Cabinet and half a dozen of new faces will be introduced.

Channi took oath as the 16th Chief Minister of Punjab after Captain Amarinder Singh stepped down.

Congress leader in-charge of Punjab affairs Harish Rawat said the Cabinet, which has seven new faces and eight from Amarinder Singh's Cabinet is a balanced one. Among the new faces inducted, only Rana Gurjit Singh has been a minister before. The rest six are ministers from the first time.

The Cabinet expansion has drawn the ire of the ministers of the Amarinder Singh government, who have been dropped from the Channi government. Balbir Singh Sidhu and Gurpreet Singh Kangar held a joint news conference here shortly before the cabinet expansion and asked what was their fault that they had been dropped.