Ahead of Punjab Assembly Elections 2022, Akali Dal on Monday announced first list of 64 candidates. The party few days ago had announced names of 22 candidates. The SAD being a regional party with a centralised chain of command is known for making early start before the elections.

Jagmeet Singh Brar from Maur; Jeet Mohinder Singh Sidhu from Talwandi Sabo; Suba Singh from Jaitu; Mantar Singh Brar from Kotkapura; Kanwarjit Singh Rozy Barkandi from Muktsar; and Parambans Singh Romana from Faridkot were some of the names which were announed by the party ahead of the elections. While, party chief Sukhbir Singh Badal has been fielded from Jalalabad.

However today a total of 64 candidates was released by the party today. Take a look: 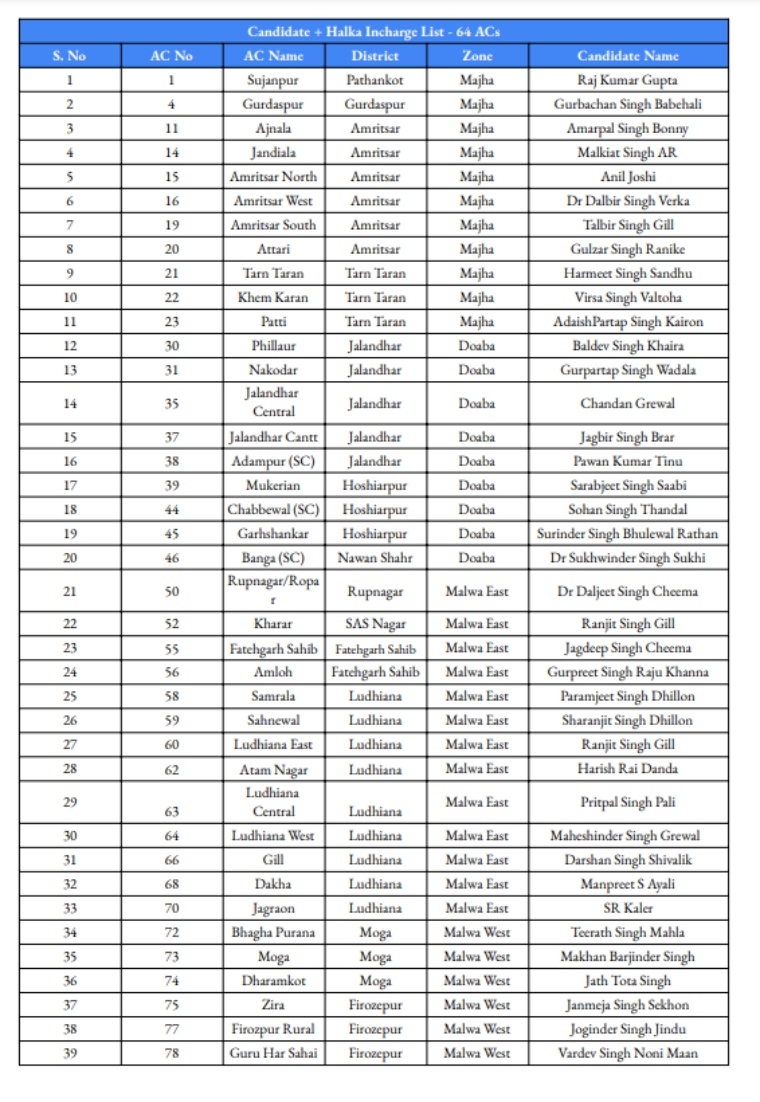 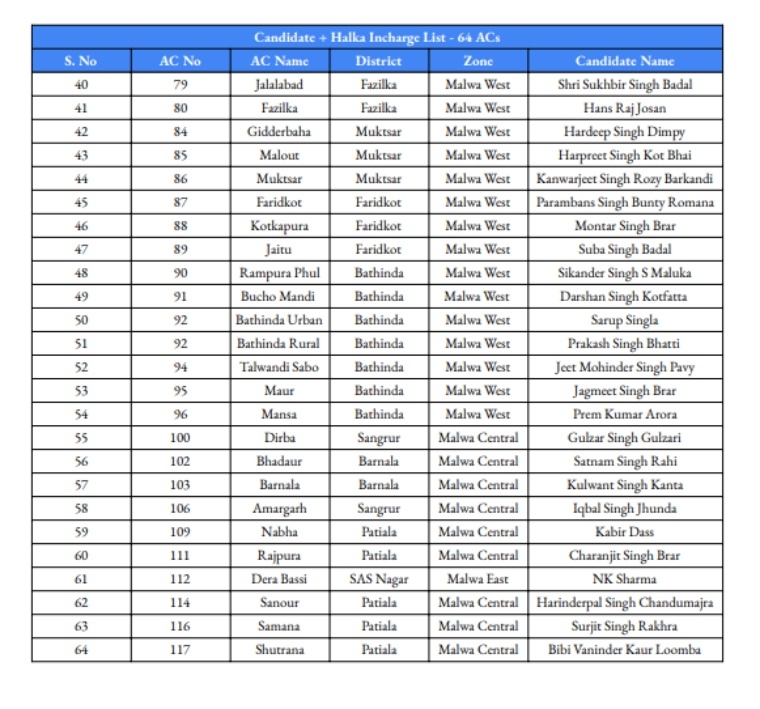 On August 18, Akali Dal chief Sukhbir Singh Badal launched a mass contact programme across Punjab with a plan to touch 100 constituencies in 100 days. He announced the name of the candidate on visiting the constituencies.

After breaking ties with the BJP over the three farm laws being opposed by the farmers, the SAD has tied up with the Mayawati-led Bahujan Samaj Party and given 20 seats to it in a prepoll arrangement.

Other political parties, including the Congress, the Aam Aadmi Party and the Bharatiya Janata Party, are yet to announce names of candidates. These parties have decision making at the central leadership level, so the poll process is a lengthy one, particularly the announcement of candidates. 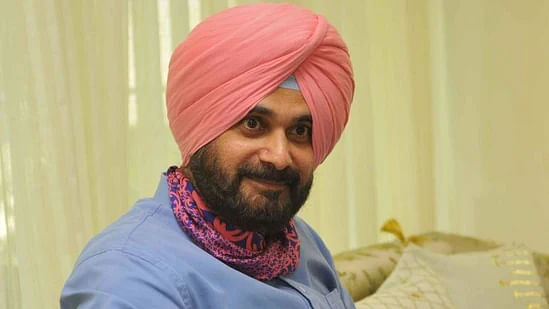