In a video that went viral, the man who allegedly committed the sacrilege of Nishan Sahib was seen being beaten by the locals. He was later handed over to the police.
FPJ News Service 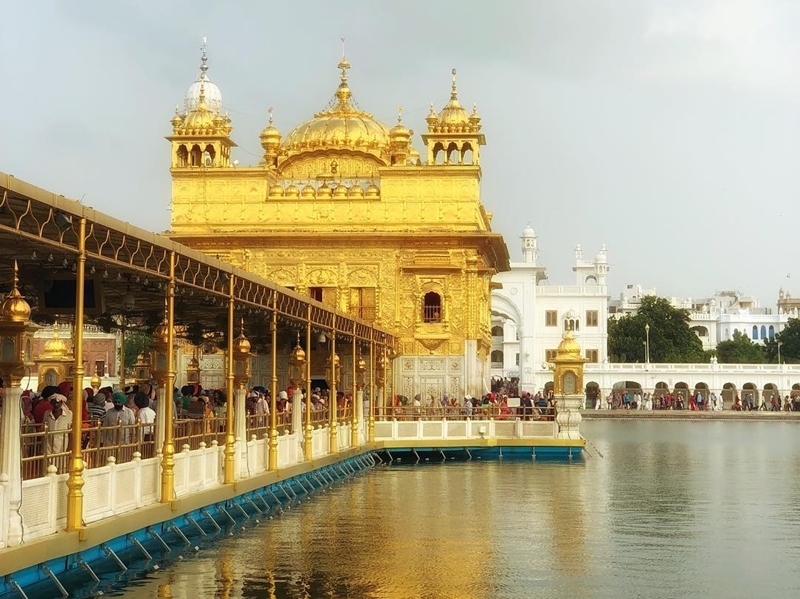 Less than 24 hours after a man was beaten to death for attempted sacrilege at the Golden Temple, another similar lynching was reported in Punjab on Sunday.

This time, a man was beaten to death for allegedly disrespecting the 'Nishan Sahib' – the Sikh religious flag -- at a gurdwara in Kapurthala district. Residents of the village claimed that the miscreant was trying to remove the ‘Nishan Sahib’ and had tried to run away from the spot.

Though the police took him into custody, Sikh groups insisted that he be questioned in front of them. After an altercation with the police, the man was thrashed. Cellphone videos showed him being beaten with sticks. The police later took him to the hospital where he was declared dead.

Director General of Police Siddharth Chattopadhyaya in a tweet warned against attempts to mar the communal harmony in the state. Stern action will be taken against all those disturbing the law and order, he said.

Meanwhile, a Special Investigation Team under the DGP, Law and Order, has been constituted to probe the incident at Golden Temple, and would submit its report within two days.

The state government will inquire into the incident jointly with the SGPC, said officials, who also made it clear that the accused has not been identified so far. Deputy Chief Minister Sukhjinder Singh Randhawa said no mobile phone, purse, identity card or Aadhaar card was found on his person.

‘‘It has been established, however, that he entered the temple complex around 11 am and remained there for a few hours until the incident, Randhawa told reporters. CCTV footage from across the city is being examined to gather information on him.

A video of the incident shared by former Shiromani Akali Dal and now BJP leader Manjinder Singh Sirsa on Twitter shows a man in his 20s jumping the railing and running towards a sword kept inside the sanctum sanctorum of the temple. This is when the man was apprehended.

Punjab chief minister Charanjit Singh Channi visited the Golden Temple on Sunday and said some "inimical" forces may be involved in the incident, possibly in an attempt to vitiate the atmosphere in view of the upcoming Assembly polls.

On Wednesday, a man had thrown a holy book – the 'gutka sahib' -- into the lake in the temple complex.

The incidents have ignited palpable tension in a state where sacrilege is a highly emotive issue. Ahead of next year's elections, it has also acquired political overtones, with a faction within the Congress accusing the erstwhile Amarinder Singh government of failing to address the last series of sacrileges.