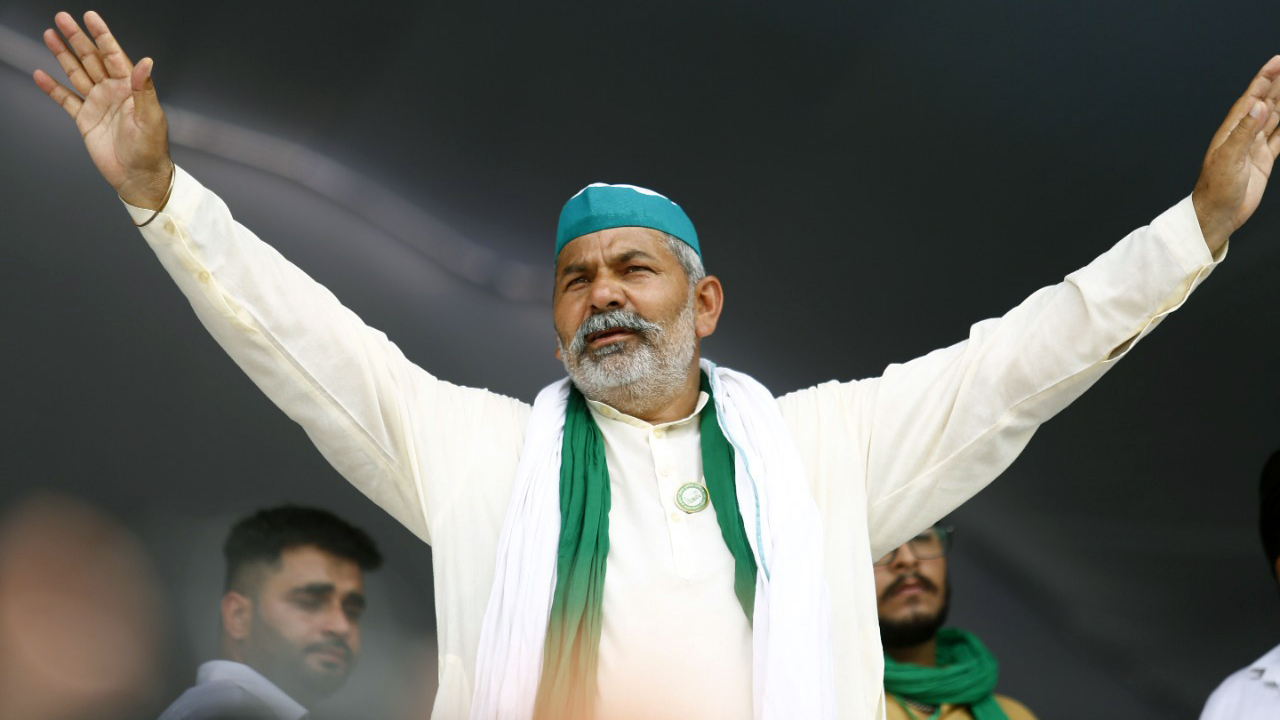 Bharatiya Kisan Union (BKU) leader Rakesh Tikait on Friday said the ongoing anti-farm laws protest will be withdrawn only after the contentious legislations are repealed in Parliament.

He also said that the government should talk to farmers over the issue of minimum support price (MSP) of crops and other matters.

Rakesh Tikait said this on Twitter soon after Prime Minister Narendra Modi announced repealing the three farm laws, which were at the centre of the farmers' protest since November 26 last year.

Taking to Twitter, Tikait said: "The protest will not be withdrawn immediately, we will wait for the day when the farm laws are repealed in Parliament. Along with MSP, the government should talk to farmers on other issues too."

In his address to the nation on the occasion of Guru Nanak Jayanti, PM Modi said the three farm laws will be repealed in the coming Winter session of Parliament.

Thousands of farmers from Punjab, Haryana and Uttar Pradesh under the aegis of various farmers unions have been protesting at the borders of the national capital since November 26 last year to demand repeal of the three farm laws.