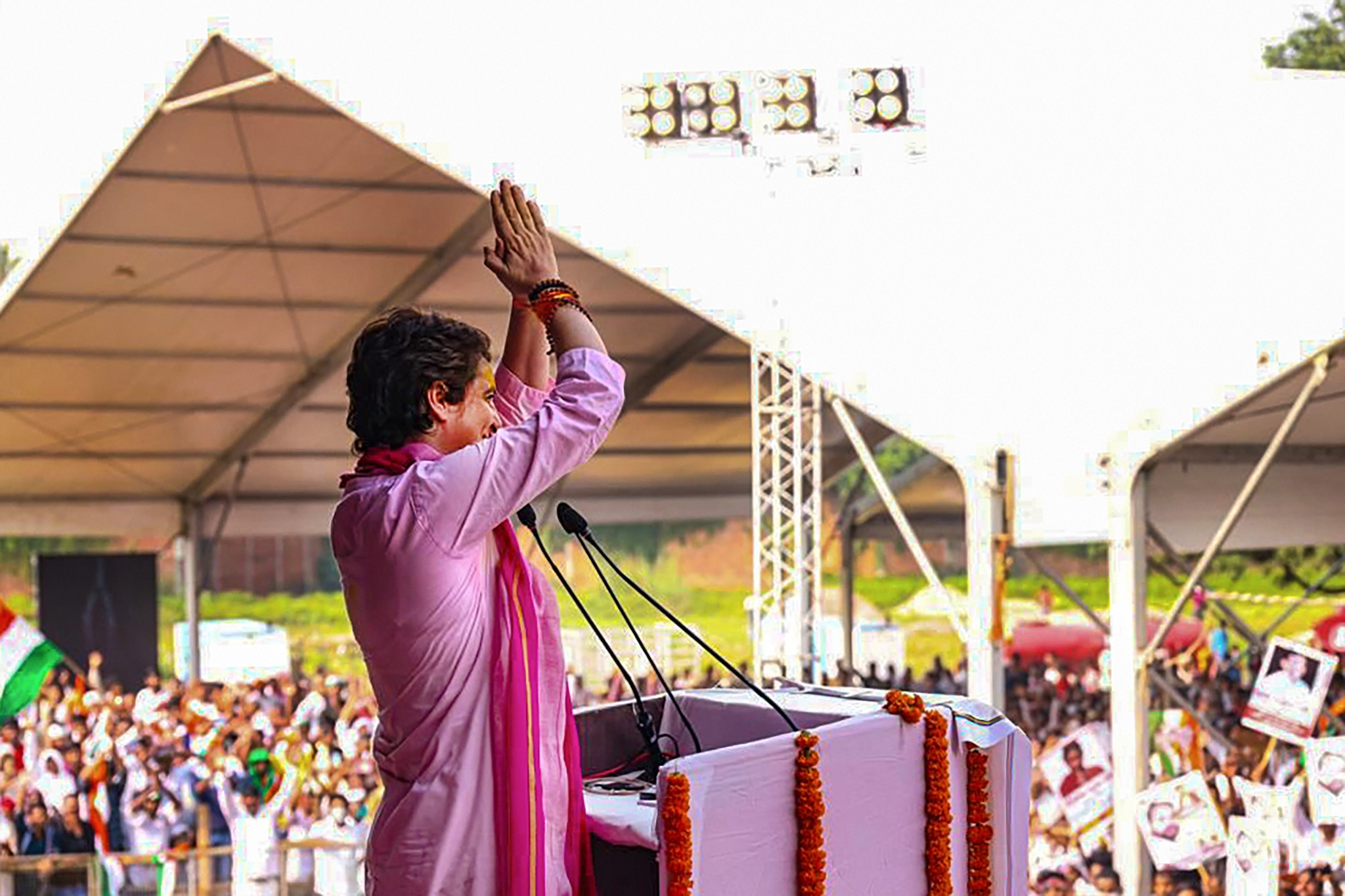 Gandhi accused PM Modi and CM Yogi of shielding Union minister of state for home affairs Ajay Mishra and his son Ashish Mishra, who has been arrested in connection with the October 3 violence in which eight people, including four farmers, were killed.

Gandhi announced that the Congress would continue to fight on the Lakhimpur issue until the union minister submits his resignation to allow an impartial probe into the incident. She said that nowhere in the world, does the police send an invitation to the accused to record his statement. "But in Lakhimpur, the minister's son was invited to give his statement. Is this how justice is done?" she asked.

Priyanka further launched a scathing attack against the Bharatiya Janta Party (BJP), saying only the ruling party leaders and their "billionaire friends" are safe in the country. "In this country, the prime minister, his council of ministers, people from his party and their billionaire friends are safe. Understand this properly. The country is getting damaged," she said.

Addressing a mammoth rally, Priyanka slammed the Centre and State governments on the issue of farmers and injustice to the poor. "In the past two years, I have been working in UP. Two years ago, 13 adivasis were killed in a land dispute in Sonbhadra. Some leaders of the ruling BJP were involved and the people said that they had no hope for justice. I went there and each of the victims' families said that they wanted justice," she said.

Priyanka said that during the COVID-19 pandemic we saw people dying without oxygen, without medicines. People had hoped that the government would help but no help came and so many died in this hope, she added.

She further said that it was the sons of farmers who are protecting our borders, who ensure our safety and freedom. "This country is a hope. Gandhi ji had hope for freedom and justice for the poor but today, justice and hope is only for those who are with the BJP, its leaders and their friends. The country is being destroyed and the media is being used to create a campaign that shows all is well. We will fight against injustice and force them to give us justice just like we fought for Independence," she said. Watch Video: Only BJP leaders and their 'billionaire friends' are safe in India, says Priyanka...