Watch Video: Only BJP leaders and their 'billionaire friends' are safe in India, says Priyanka Gandhi at 'Kisan Nyay Rally' in Varanasi 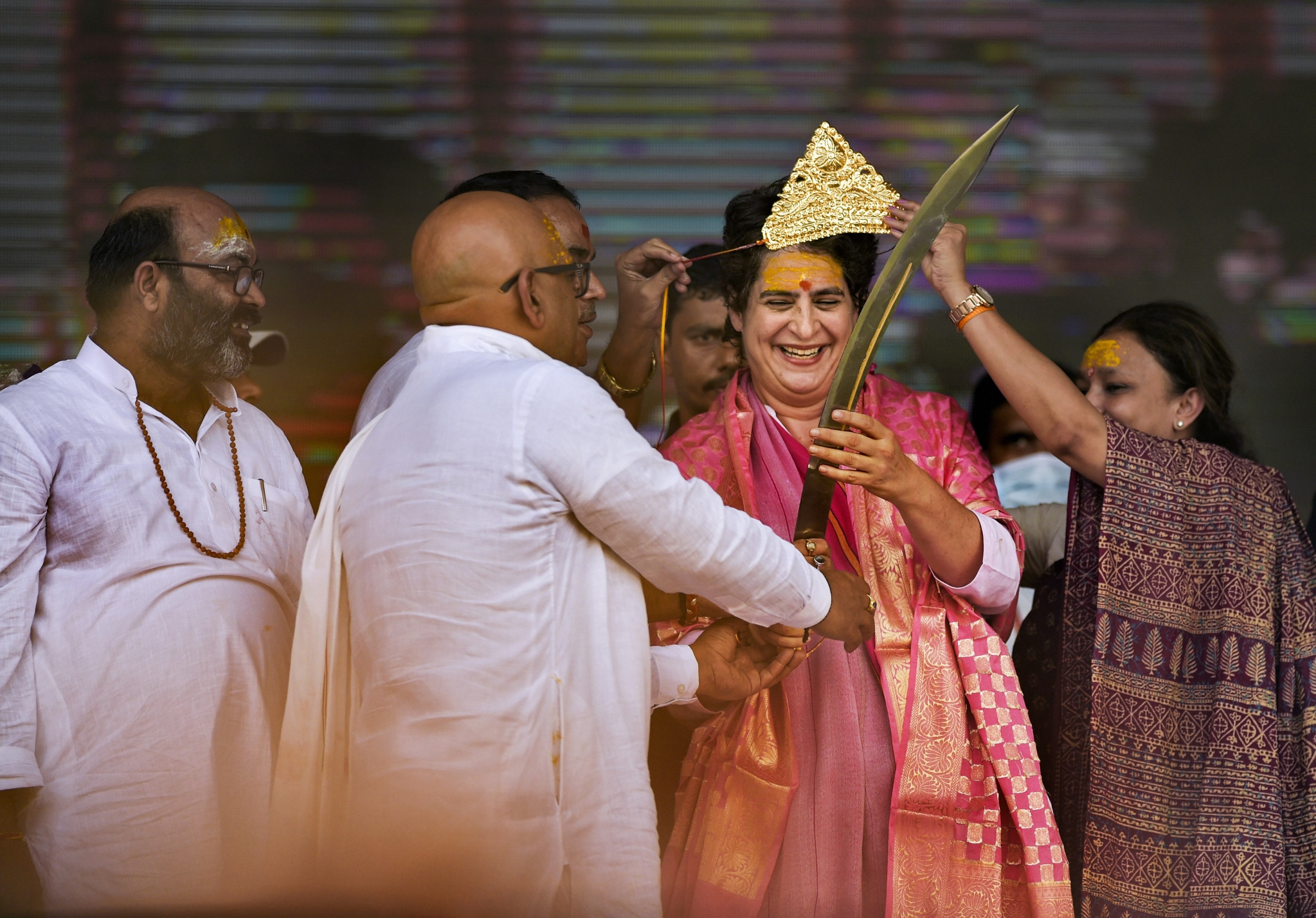 Her speech comes after Union minister of state for home affairs Ajay Mishra's son Ashish Mishra has been arrested in connection with the Lakhimpur Kheri violence case in which eight people, including four farmers, were killed.

Addressing the rally, Priyanka said when she speaks to people, they tell her that there are no jobs and income. Farmers, Dalits and women are feeling harassed, she claimed. People may belong to any caste and religion, they are not safe, the Congress leader further alleged.

"In this country, the prime minister, his council of ministers, people from his party and their billionaire friends are safe. Understand this properly. The country is getting damaged," Priyanka said.

Speaking about the ongoing farmers' protest against the Centre's three farm laws, Priyanka said PM Modi doesn't have time to speak to farmers.

“The farmers are protesting against the three laws because they know their land will be snatched, if three agri laws were implemented, by the corporate friend of Modi,” she said. “If you want to bring a change, come with me, struggle together and change this government. I will not stop until I bring change here,” she added.

Before the rally, Priyanka visited the Kashi Vishwanath and Kushmanda temples.

State Congress spokesperson Ashok Singh said with the Sunday's event, the party has launched itself aggressively for the upcoming 2022 Uttar Pradesh Assembly elections.

"The Congress under the leadership of Priyankaji will comprehensively defeat the demon power, which has unleashed itself in various parts of the state," Singh said.