As per sources over 100 MLAs cross-voted and more than a dozen opposition MPs voted in favour of Droupadi Murmu, the President-elect.

Ahead of the general election, the opposition continues to be at the receiving end as shown by the Presidential poll, which was tilted to one side. The result is being studied by the BJP since in over a dozen states opposition MLAs and MPs voted for Droupadi Murmu.

As per sources over 100 MLAs cross-voted and more than a dozen opposition MPs voted in favour of Droupadi Murmu, the President-elect.

As per the data, the Congress-led opposition got 20 votes despite having 45 votes in the Assam Assembly, in Bihar six MLAs cross-voted in favour of the NDA candidate as the strength of the ruling party is 127 but got 133 votes. Similarly in Chhattisgarh two Congress MLAs did not vote for Yashwant Sinha.

However, it was not clear which MLAs voted for the NDA candidate.

BJP sources said that they will study the pattern of how many MLAs were impressed with Prime Minister's development politics and then take a view on it. However the party leaders claim that one-sided victory was very much expected.

The major setback came from Gujarat where 10 MLAs voted in favour of Droupadi Murmu. The state goes to poll this year and the Congress has high stakes in the elections.

In Madhya Pradesh, where the allegation of buying MLAs has been levelled by the Congress, around 15 to 16 MLAs of the party cross-voted, which is the major headache for Kamal Nath.

In Maharashtra more than dozen non NDA MLAs voted for Murmu. She also secured votes in Kerala where there is no BJP MLA to the surprise of the BJP.

A total of 4,754 votes were cast for the Presidential election, the process of which concluded on Thursday with the declaration of result.

The final tally showed that of the total votes cast, 4701 were valid and 53 were invalid. Droupadi Murmu, the NDA nominee who won the election to become the 15th President of India, bagged 2,824 first preference votes, the value of which stood at 6,76,803. The cut-off mark for victory was 5,28,491. Joint Opposition candidate Yashwant Sinha managed 1,877 votes with a value of 3,80,177.

Read Also
Presidential poll results: How much votes did Droupadi Murmu secure and how many cross voted for... 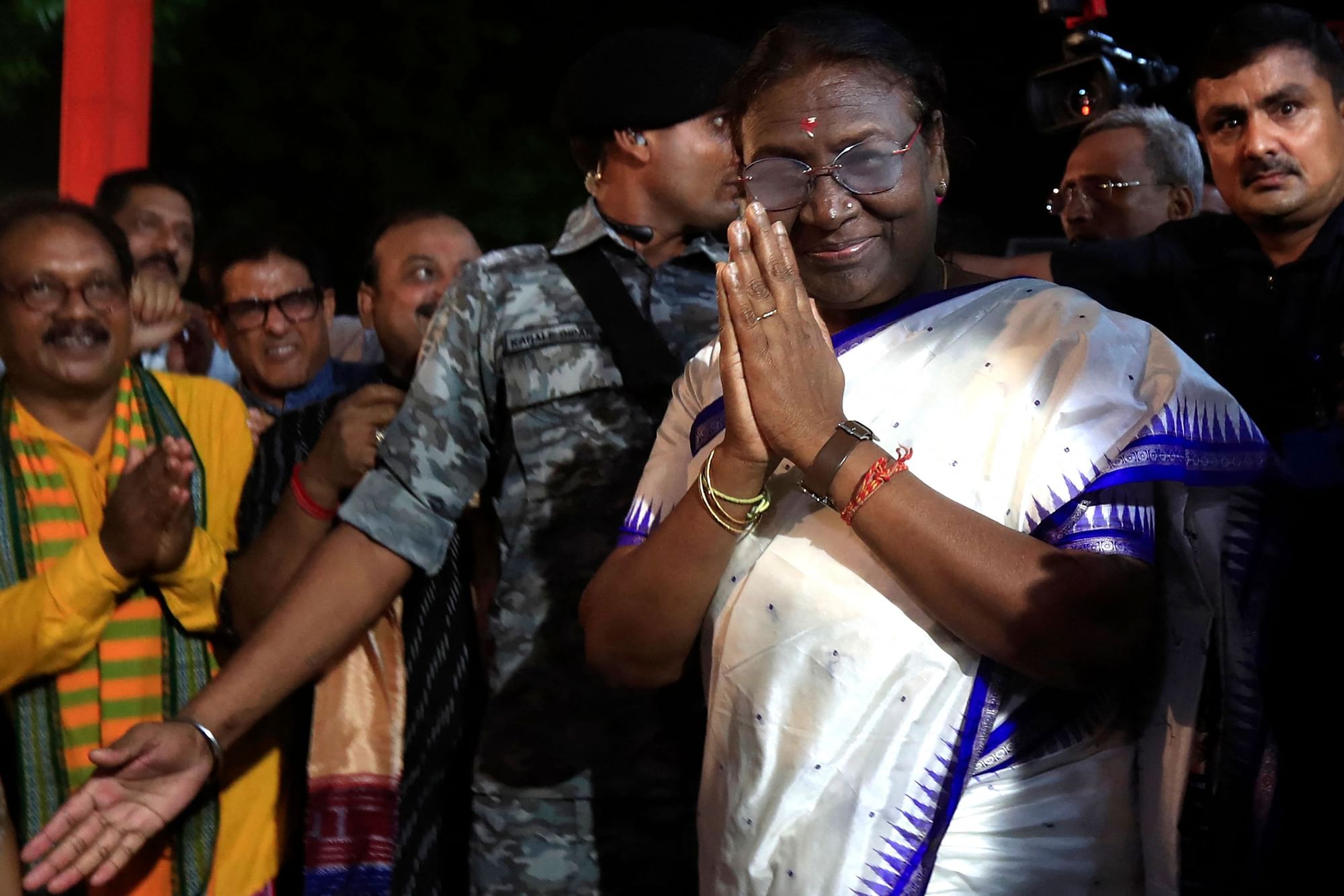