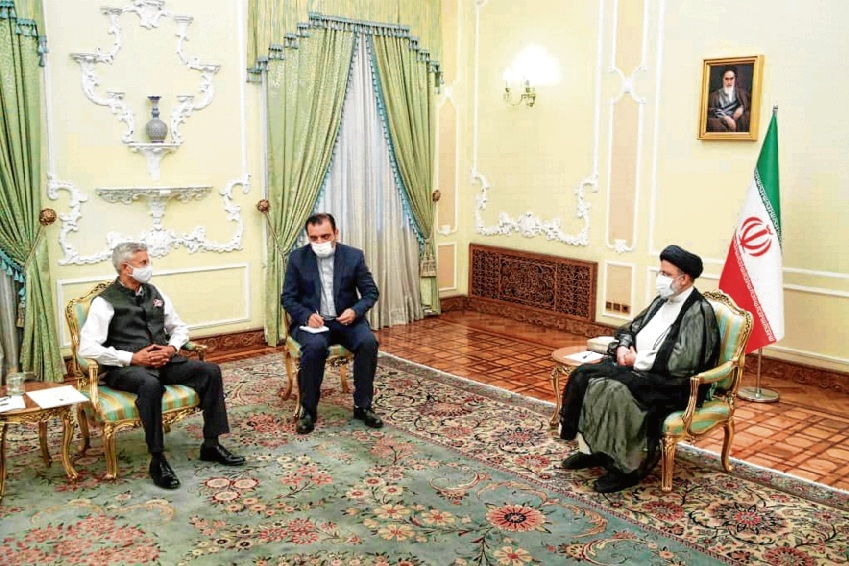 Iran and India can play a “constructive and useful” role in ensuring security in the region, especially in Afghanistan, and Tehran welcomes New Delhi’s role in establishing stability in the war-torn country, newly-elected President Ebrahim Raisi told External Affairs Minister S Jaishankar in Tehran on Friday.

During his meeting with Jaishankar, a day after he was sworn in as the Iranian President, Raisi underlined that the two countries should take new and distinct steps in the development of bilateral, regional and international relations with a new perspective. The President stressed the importance of close cooperation and coordination between the two nations in developing peace and stability in the region.

“Iran and India can play a constructive and useful role in ensuring security in the region, especially Afghani­stan and Tehran welcomes New Delhi's role in the establishment of security in Afghanistan,” Raisi stressed.

Raisi’s significant comments on India’s role in Afghanistan was issued by the Iranian president’s office in a press release.

“The fate of Afghanistan must be decided by the Afghans themselves, and we believe that if the Americans do not sabotage the situation, this issue will be resolved quickly,” Raisi added.

The evolving situation in Afghanistan figured pro­mi­nently during talks bet­ween visiting Qatari envoy Mutlaq bin Majed Al-Qahtani and joint secretary in the Ministry of External Affairs (MEA) JP Singh in Delhi on Friday. Al-Qa­­h­tani, the Special Envoy of the Foreign Minister of Qatar for Counter-terrorism and Me­di­ation of Conflict Resolution, is on a visit to India. “Al-Qah­tani met joint secy (Pak-Af-Iran) JP Sin­gh and exchanged views on the current situation in Afgh­anistan and recent deve­l­op­ments in the Afghan peace process,” said a source.