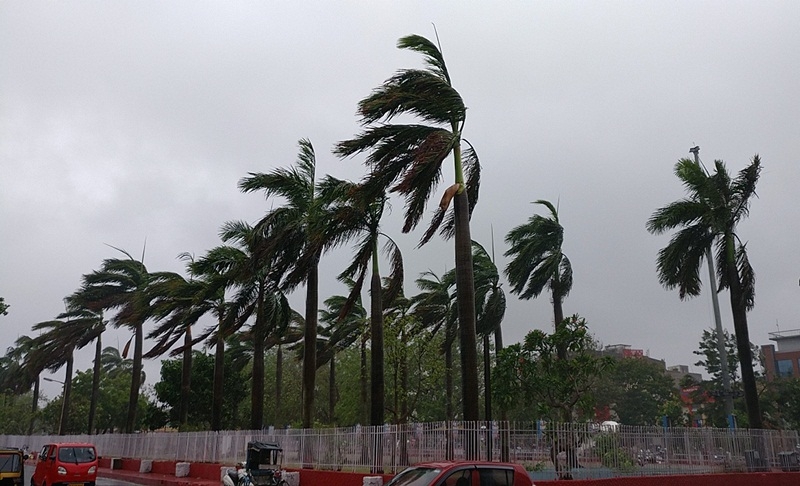 Bhubaneswar: Even after two days of cyclone ‘Fani’ hitting the Odisha coast, the state government is struggling to provide basic amenities to people in the affected areas. The office of Special Relief Commissioner (SRC) said massive relief and restoration work was underway to provide basic facilities – electricity, water supply and mobile connectivity – to the people.

Puri and parts of Khurdha district, which includes capital city Bhubaneswar, are severely affected by the cyclone that hit the Odisha coast on Friday. More than 30 lakh electricity consumers in the state were affected, said SRC Bishnupada Sethi.

“According to preliminary reports, cyclone ‘Fani’ damaged power infrastructure worth more than Rs 1,200 crore. Electricity to emergency services will be restored by Sunday evening,” said Energy Secretary Hemanta Sharma. “It will take at least five to seven days to restore normalcy in power supply in Bhubaneswar. However, it may take a bit longer for Puri where the devastation to power structures is maximum,” he added.

The Chief Minister on Sunday also announced special package for cyclone-affected people. All families covered under the National Food Security Act will get 50 kg of rice, Rs 2,000 and polythene sheets. “For the parts of Khurdha district that have been severely-affected and for all families covered under food security, additional one month quota of rice, Rs 1,000 and polythene sheets will be provided,” said Patnaik.

In moderately-affected districts like Cuttack, Kendrapada and Jagatsinghpur, affected families will receive additional one month quota of rice and Rs 500. In all the affected districts, people will receive one month additional pension and house building assistance as per relief code – Rs 95,100 for fully-damaged structures, Rs 5,200 for partially-damaged structures and Rs 3,200 for minor damages.

Completely damaged houses will be expeditiously reconstructed under housing schemes, said Patnaik. He said loss of agriculture, horticulture crops and animal resources, fisheries will be assessed and compensated accordingly.

Tree plantation will be taken up in a major way after relief and restoration work ends. Flight operations at the Biju Patnaik International Airport in Bhubaneswar resumed on Saturday. The port operations have also resumed in the state. Post the passage of cyclone, Gopalpur Port has resumed its commercial operation, said Jagadish Chandra Rout, Associate Vice President (Corporate Affairs and Communications) of the port. Prime Minister Narendra Modi will visit Odisha on Monday to take stock of the situation.