Earlier, Punjab Congress leader and former cricketer Navjot Singh Sidhu had set off speculations after he tweeted a photo of himself with fellow cricketer Harbhajan Singh months ahead of the Assembly polls in the state.
ANI 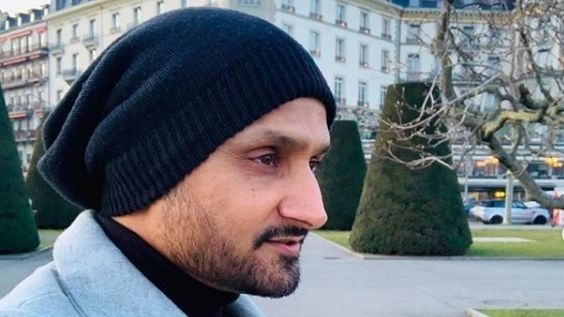 Jalandhar: A day after retiring from all forms of cricket, spinner Harbhajan Singh on Saturday revealed that he has offers from multiple political parties to join them, but he will get into politics only after making up his mind.

I know politicians from every party. I'll make an announcement beforehand if I'll join any party. Will serve Punjab, maybe via politics or something else, no decision has been taken yet:India off-spinner Harbhajan Singh announced his retirement from all forms of cricket on Friday pic.twitter.com/TTOd5lSRNW

Harbhajan had announced his retirement from all forms of cricket on Friday. The 41-year-old spinner has played 103 Tests, 236 ODIs and 28 T20Is for Men in Blue. He scalped 294 wickets in limited-overs cricket.

"Future plan is something I have not decided, I will stay connected with cricket, it is because of cricket, that people know me. As far as my political career is concerned, I will reveal it myself. Whenever it happens, I will let everyone know," Harbhajan said during a press conference on Saturday.

"To be honest, I have not thought about it. I have offers from different parties to join them but I will have to sit and think very wisely. It won't be a small decision because it is a demanding job. I do not want to do it half-heartedly. The day I think I am prepared to do it, I will go for it," he added.

Harbhajan had played his last red-ball match against Sri Lanka in 2015 while his last ODI was against South Africa in the same year. His last game for India was a T20I against UAE in the 2016 Asia Cup. Since then, he was not picked for the Indian side. Harbhajan retires after scalping 417 wickets in 103 Tests at an average of 32.46.

"If I did not have cricket, I would not have reached this level. God has been really kind to me. My journey has been amazing, I will try to play the Legends League, I have not thought about playing in overseas leagues. The point of retirement is to spend more time with your family and this is something that I will look to do. If I had to play competitive cricket, I could have played IPL. I feel this is the right time to retire," said Harbhajan.

Earlier, Punjab Congress leader and former cricketer Navjot Singh Sidhu had set off speculations after he tweeted a photo of himself with fellow cricketer Harbhajan Singh months ahead of the Assembly polls in the state.

"Picture loaded with possibilities ....With Bhajji the shining star" Sidhu captioned the photo of himself draped in a shawl with Harbhajan Singh dressed in a jacket.

Talking about this post, Harbhajan said: "It was a casual meeting, the polls are near so I understood why people started speculating, but there is nothing to speculate. If I enter politics, I will let everyone know. 'Thank you Bhajji Paa:' Twitter brims with tributes as Harbhajan Singh retires from all forms of...