Earlier in the day, the Punjab Police Intelligence Unit and Delhi Police Counter-Intelligence unit had identified six persons who were accused of killing Pradeep Singh, in Faridkot.

Following the identification, the forces carried the raids to apprehend them

The police team conducted raids in the police station area of Bakshiwala in Patiala at around 3.30 am today and apprehended three of the six involved in the murder of a Dera Sacha Sauda follower.

The police have identified these apprehended persons as residents of Haryana, of which two hailed from Rohtak and one from Bhiwani.

"There were a total of six assailants; four from Haryana (the fourth absconding belongs to the Haryana module with an alias Hooda) and two from Punjab Module," the police said in its official statement.

It further added that these different modules were being handled independently by Canada-based Goldy Brar, who is an associate of fugitive Harvinder Singh alias Rinda and jailed gangster Lawrence Bishnoi.

The teams are making further attempts to apprehend the absconding accused.

60 bullets were fired at Pradeep Singh

According to the police, the accused persons had fired about 60 bullets at Pradeep Singh.

Security of Pradeep did retailatory fire

According to the police, security personnel of Singh also did the retaliatory firing.

However, Punjab Chief Minister Bhagwant Mann instructed police officials to maintain peace and harmony in the state on Thursday. 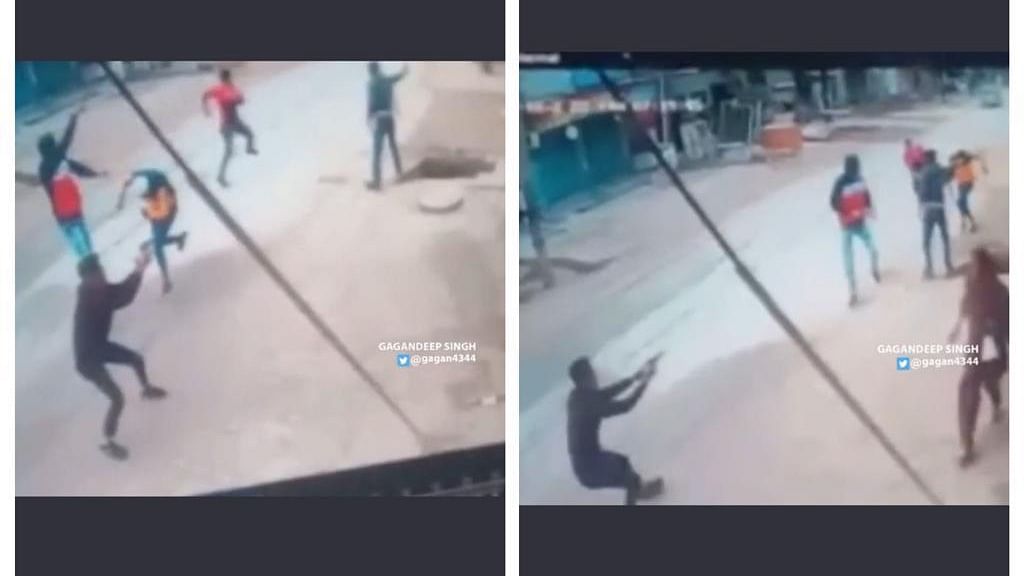 According to the CCTV visuals, Dera Sacha Sauda follower Pradeep Singh, also an accused in the Bargari Sacrilege incident, was shot dead in Faridkot, Punjab by unidentified assailants, while going to his shop on Thursday morning.

According to the police, the security personnel of Singh also did the retaliatory firing.

Big Breaking: Ram Rahim Dera follower Pradeep, named in FIR number 63 in Bargadi sacrilege case, was shot dead by unknown bike riders today morning when he was going to open his shop. He was also nominated in the case of theft of Guru Granth Sahib Ji from Burj Jawahar Singh Wala. pic.twitter.com/t8xBZPqWBS

However, Punjab Chief Minister Bhagwant Mann instructed police officials to maintain peace and harmony in the state on Thursday.

"In a meeting with senior police officials with Chief Minister today (Thursday), the KotKapura incident was discussed in detail. CM clearly said that peace and harmony would be maintained in the state. Another meeting will be called next week. Case probe underway," Special Director General of Police (Home Guard) Sanjeev Kalra. The Bargari Sacrilage pertains to the incident reported in Faridkot in 2015 where parts of Guru Granth Sahib were found scattered in village Bargari in Faridkot on October 12, 2015, and an FIR was registered under sections 295, 120-B of IPC at Police Station Bajakhana.

Three FIRs in the said case have been filed against Gurmeet Ram Rahim who is currently lodged in Sunaria Jail of Rohtak and appears only through video conferencing in matters related to the 2015 sacrilege incidents.

"Three FIRs were filed in sacrilege cases. We had filed a plea that if Ram Rahim has to be produced before Court, it has to be done only via video conferencing. He shouldn't be taken to Punjab. Today, Court gave the order in favour of Ram Rahim," his lawyer Kanika Ahuja said on May 3.

Notably, Dera Sacha Sauda chief Gurmeet Ram Rahim Singh is currently serving a 20-year jail term for raping two women disciples at his Sirsa ashram, where the dera is headquartered. He was convicted by a special CBI court in Panchkula in August 2017.