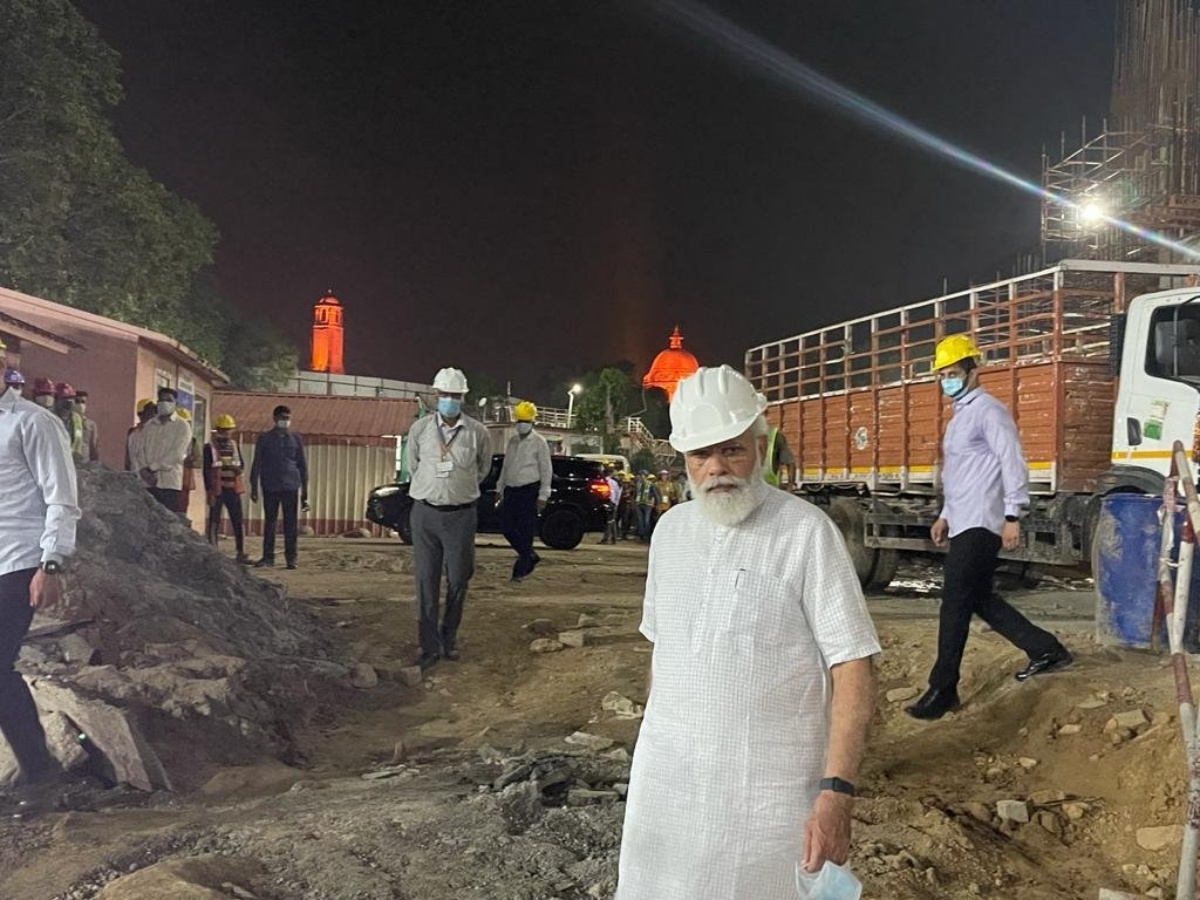 PM Modi was spotted wearing a white kurta churidar along with a safety helmet, was seen inspecting the work-in-progress. He spent almost an hour at the site and did a first-hand inspection of the construction status of the new parliament building.

Notably, the opposition parties say the project should be stopped to save funds for management of the COVID-19 pandemic.

Few days ago, inaugrating defence office complexes in New Delhi on Thursday, Prime Minister Narendra Modi took a swipe at critics of the Central Vista Redevelopment Project, saying they stayed silent on the complexes — built to accommodate 7,000 officers and staff of the Defence Ministry and the armed forces — because it would have “exposed” their “myths and lies”.

The two complexes, on Kasturba Gandhi Marg and Africa Avenue in the Capital, have been built at a cost of Rs 775 crore and will have a combined office space of 9.6 lakh sqft.

His visit to the site comes after he ended his three-day trip to the United States which was packed with meetings as he attended 20 of them during the around 65 hours he spent in the country. He also had four long meetings in flights with officials on the way to and back from the US.

During his US visit, PM Modi was hosted by President Joe Biden at the White House with whom he held a bilateral meeting. This was the first in-person meeting between the two leaders after Biden took over as US President on January 20. PM Modi also held bilateral meetings with Vice President Kamala Harris and CEOs of several American companies.

PM Modi also addressed the General Debate of the High-Level Segment of 76th Session of the United Nations General Assembly in New York during his US visit.

The US visit marked the first visit of the Prime Minister beyond the neighbourhood since the outbreak of the COVID-19 pandemic. Ease of doing biz behind the spirit of Central Vista project: PM Modi