HomeIndiaEase of doing biz behind the spirit of Central Vista project: PM Modi

Ease of doing biz behind the spirit of Central Vista project: PM Modi

The Opposition, including the Congress, has been attacking the government over the ambitious Central Vista project, calling it a "criminal wastage" of resources and had urged the government to divert money to battling the Covid pandemic

PM Narendra Modi and Union Minister for Defence Rajnath Singh during the inauguration of the Defence Offices Complex, in New Delhi, on Thursdayx | -
Follow us on

New Delhi: Prime Minister Narendra Modi on Thursday hit out at the critics of the ambitious Central Vista project, saying they conveniently kept silent on defence office complexes being part of the venture as it would have exposed their spreading of "lies" and "misinformation".

He also asserted that ease of living and ease of doing business were behind the spirit of the work being done under the Central Vista project.

Modi made the remarks after inaugurating two new multi-storey swanky office complexes at Kasturba Gandhi Marg and Africa Avenue for over 7,000 employees of the Defence Ministry and the armed forces.

The PM also said he was confident that the work on the new Parliament building will be completed on time.

The Opposition, including the Congress, has been attacking the government over the ambitious Central Vista project, calling it a "criminal wastage" of resources and had urged the government to divert money to battling the Covid pandemic.

In his remarks at the event, Modi said, "Today, in the 75th year of Independence, we are taking another step towards developing the capital of our country according to the needs and aspirations of new India." "These new defence office complexes are going to further strengthen our efforts to make the working of our forces more convenient and effective," he said.

The prime minister said that till now defence-related work was being carried out from hutments made during the Second World War and these were made according to the needs of barracks and horse stables.

Modi said the modern offices will go a long way in effectively carrying out all the work related to the security of the nation by the three forces.

"This is a big step towards the creation of a modern defence enclave in the capital," he said.

Hitting out at the critics of the Central Vista project, Modi said, "Those people who were after the Central Vista project were very conveniently silent on this aspect that construction of a place for 7,000 employees of the Defence Ministry and armed forces is part of the project because they knew that their idea of spreading misinformation and lies would be exposed when this comes to the fore." "But the country is seeing today what we are doing under Central Vista. These modern offices constructed at K G Marg and Africa Avenue will help in getting the work related to defence done effectively," he asserted.

Criticising those opposed to the Central Vista project, Modi said they never bothered to find out how the armed forces personnel were working from hutments.

The officers and other staffers of the Defence Ministry and the armed forces are moving into the new office complexes from their existing workplaces in pre-Independence era hutments in and around the Raisina Hills. 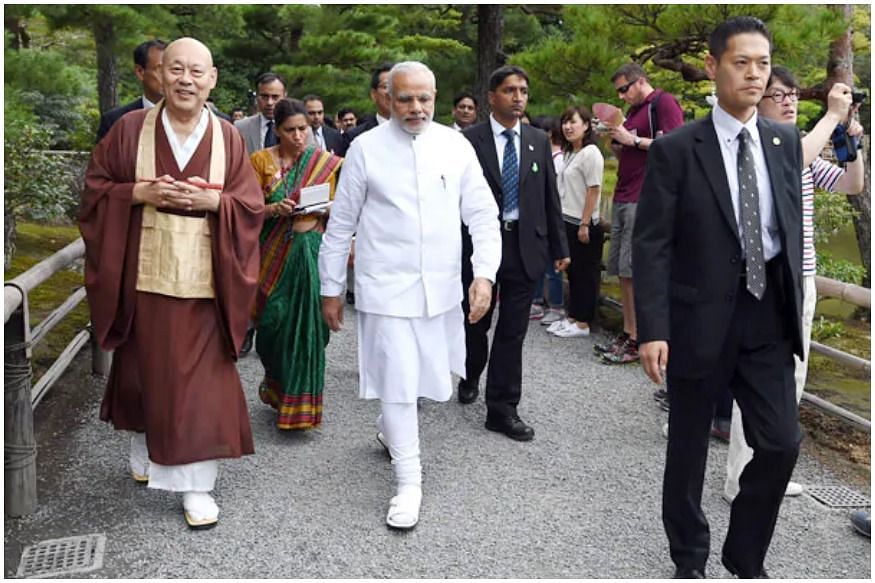