People in the limelight cannot afford a sartorial faux pas. Probably this is why most Indian politicians play it safe. But there are a few, who, despite toeing the unwritten sartorial code, manage to stand out and breathe a sense of style into their outfits.

India politicians, per say, have always had a unique style and fashion sense in comparison with world leaders who always opt for same tie-suit, and female politicians sometimes go ahead with skirts in contrast with pants.

Indian being a cultural hub, one's dressing style is varied from region to region. From Lungi from the south, Pheran, the loose traditional winter cloaks, from Kashmir, to Leirum Phee from north east. But one thing that has stayed common among all politicians attire is the kurta.

Women politicians are usually found blending traditional and modern attire, thanks to the wider range of options they have. But mostly in sarees.

One such prominent flag bearers who never fails to make a style statement is our very own Prime Minister Narendra Modi. In an attempt to explore another dimension of his personality, on his birthday this year, we bring to you, PM Modi's most loved fashion moments!

Jawaharlal Nehru’s achkans or ‘Nehru jacket’ as they are known, Indira Gandhi’s simplistic yet ethereal sarees, Lal Bahadur Shastri’s timeless dhotis, and Jayalalithaa’s iconic chiffon and cotton sarees have all been widely discussed. But there’s something about Modi’s sartorial choices that makes people defend him when he wears fashionable and expensive clothes and accessories.

Modi is one of the few Indian politicians who prove that being in power doesn’t mean a compromise in style. With a zeal and attitude to try out new things, Modi has always turned heads with his sartorial choices.

Nothing but the attitude to define your personality makes all the difference. And Modi is the best example of it. With his classy dressing sense, he rocked the entire nation. Modi adorned a very famous customized suit that had his name embroidered in the form of stripes and made major headlines. It was later auctioned for Rs 4.31 crores. 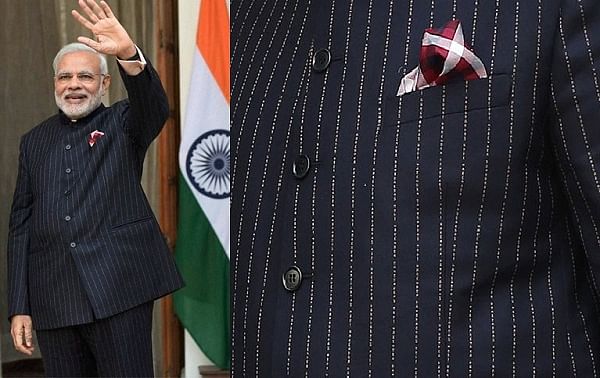 Modi always carries India's essence on his foreign travels. It was very well seen during his visit to Myanmar's Ananda Temple where he was seen dotting a classic plain white kurta-pyjama with a royal and elegant red and cream coloured ikkat stole.. During his trip to Mongolia, he showed how well he empathised with the culture and was well-versed with their dressing. In one of the viral images from the visit, Modi was seen donning a Mongolian robe Modiposing along with the pony, Kanthaka During his trip to Mongolia, he showed how well he empathised with the culture and was well-versed with their dressing. In one of the viral images from the visit, Modi was seen donning a Mongolian robe posing along with the pony, Kanthaka. Our PM knows how to blend in with in the people, be it outside the country or within. Be it the Hornbill festival of Nagaland or visit to Mongolia, Modi always adorns a special accessory or dress to vibe better with the crowd. Campaigning for the general elections, he donned the traditional Assamese japi in north-eastern Assam. In Arunachal Pradesh, he wore dumuluk, a traditional headgear of the Adi tribe. And we have to say, he carries even the most traditional dresses with panache! 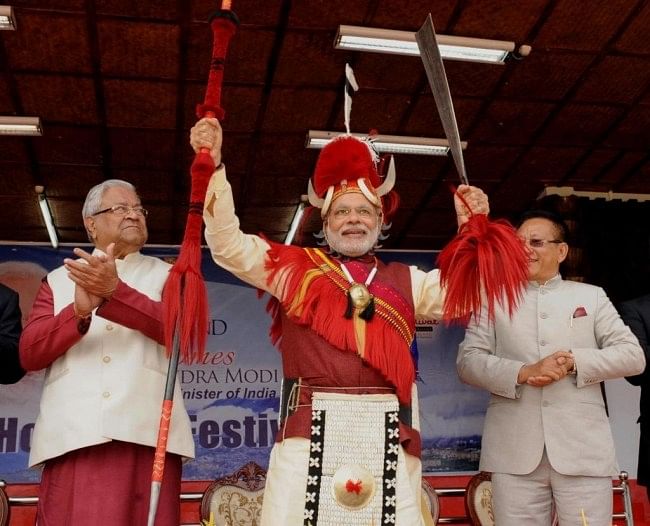 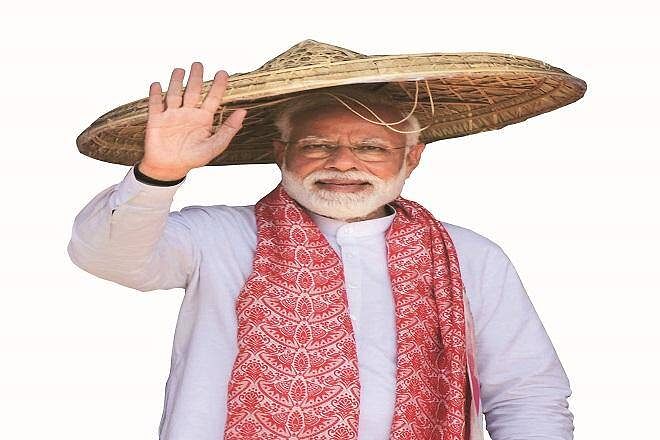 Modi doesn't only stop at Kurtas and Nehru jackets. He flauts suits and t-shirts like a pro. Indeed, he showed how stylish he is wearing a pistachio green-colored t-shirt with off-white trousers in the golf court. Meanwhile, the Prime Minister who is a torch bearer and vocal for local brands faced flak when he was seen donning a Maybach sunglasses worth Rs 1.4 lakh. 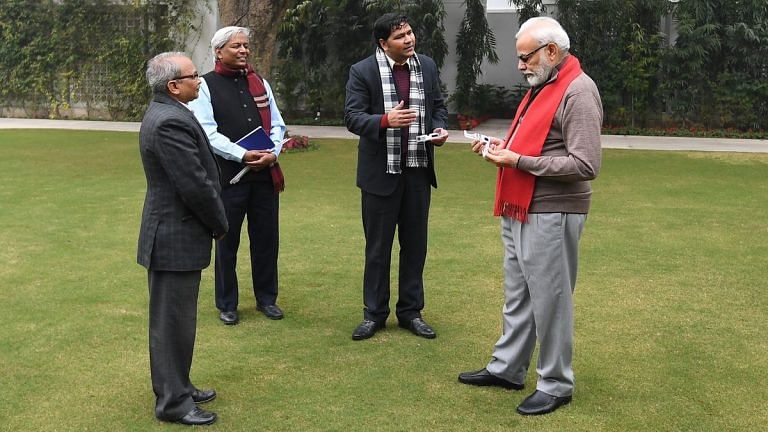 Politicians were traditionally meant to be simple and austere to represent being in the service of society. But we all know that politicians, especially in India, are anything but simple and unostentatious. Plus, Modi has stumped this image of 'simple' or 'unfiltered' leader. In a way, Modi is keeping it real by actively adapting his expensive taste in fashion and not shying away from it even with the criticism.