Briefing about the programme of PM Modi at COP26 on the second day, Shringla on Tuesday said, "It will be a very busy day, which will begin with the photo op of the leaders at 8:30 in the morning. You have a special session that would be the launch of the initiative for Resilient Island States (IRIS), which is essentially part of the Coalition for Disaster Resilient Infrastructure (CDRI) that would focus on building capacity, having pilot projects especially in small island developing states that would also involve in some senses, setting up norms and standards for resilient infrastructure." During the press briefing, Shringla said that the "Prime Minister has pointed out that, in many cases, lives are lost, but livelihoods and entire infrastructure, housing, everything that is to do with infrastructure is lost with cyclones, etc. Especially small island states and coastal areas the vulnerable to these ravages of climate change. And this is an effort to try and equip countries that are particularly vulnerable to these effects of climate change."

PM Modi would be meeting a number of leaders of other countries. He will be also meeting some individuals who are quite prominently associated with the work relating to climate change and socio-economic development, said Shringla.

He added, "In the afternoon, we have an event which is called accelerating clean technology, innovation and deployment. This is hosted by Prime Minister Johnson and essentially, PM Johnson and PM Modi will launch another initiative which is called "One World One Sun, One Grid".

"Green Grid" which is a UK initiative and "One Word One Sun One Grid", which is the initiative from the National Solar Alliance proposed by India would both be jointly launched as a new initiative and essentially seek to promote connectivity through solar grids across the world, he said.

"Both the initiatives-- Infrastructure for Resilient Island States as well as the One World One Sun, One Grid-- are very, very important global initiatives that are part of our effort to try and get more capacity building, more involvement and, more support to other countries, especially developing countries across the world," he said.

Referring to another initiative, Shringla said, "There is another initiative, which is hosted by the US president Joe Biden on infrastructure development, Build Back Better, which is also considered linked to the development of resilient infrastructure. The Prime Minister will participate in that initiative as well." Prime Minister will be departing from Glasgow at the conclusion of the high-level segment of COP 26, Shringla said.

He also stated that UK Prime Minister Boris Johnson has accepted PM Modi's invitation to visit India saying that he would plan his visit as soon as the circumstances allow. 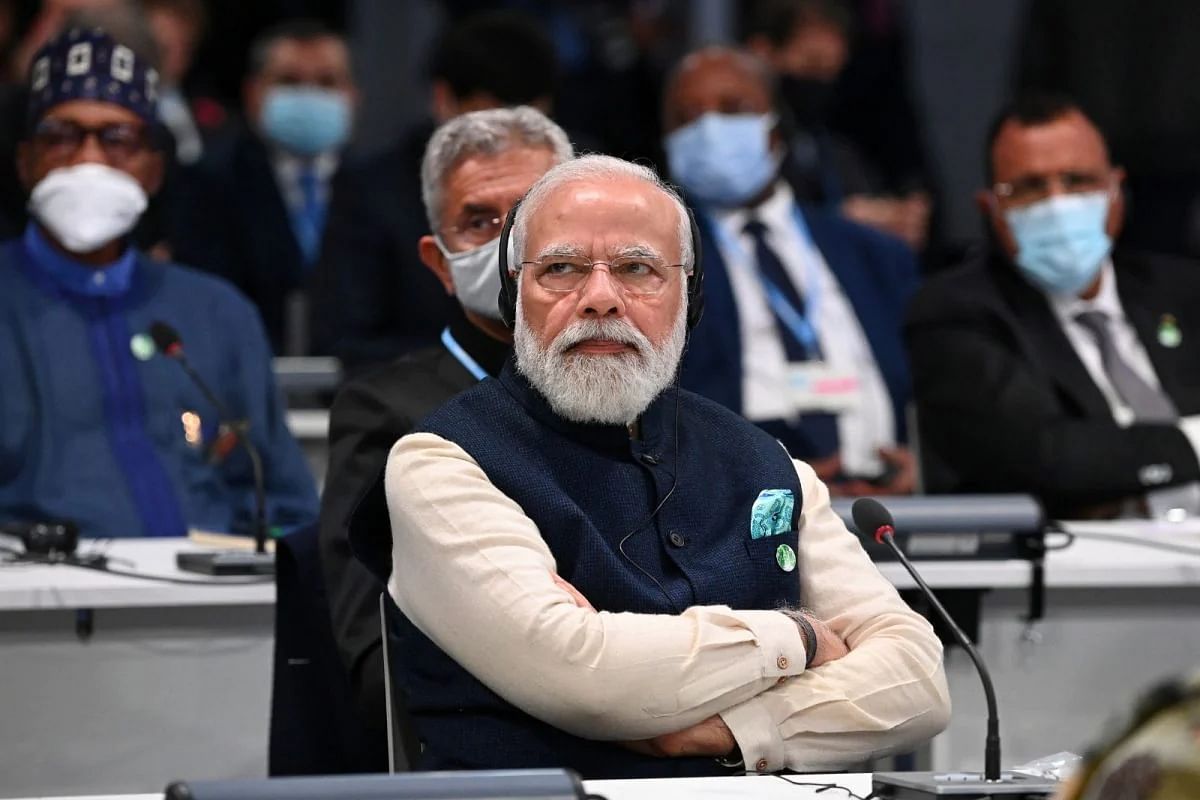