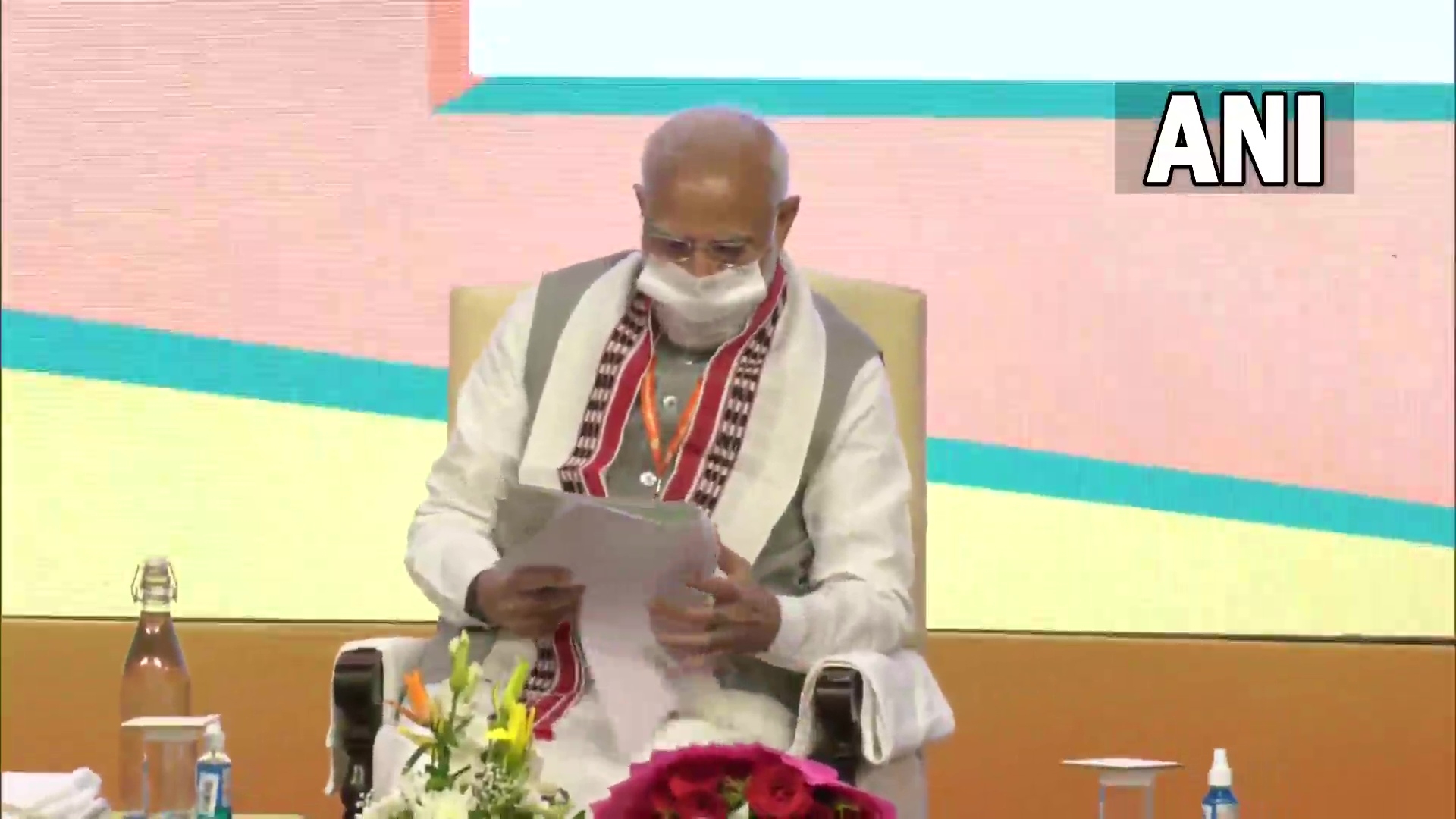 PM Modi while entering the venue met women, who in their traditional Chath attire and singing songs praising the Sun god, performed puja and rituals.

Chath will be performed in many parts of the country, especially in eastern parts of poll-bound Uttar Pradesh, Bihar and Jharkhand on November 10.

The meeting is expected to deliberate on recent by-poll results and decide on the strategy for upcoming Assembly elections.

The opening speech will be delivered by JP Nadda and culminate with the speech of Prime Minister Narendra Modi.

The meeting will be attended by 124 party members of which some leaders will attend through video conferencing.

The seven states slated to go for Assembly elections in the year 2022 are Goa, Manipur, Punjab, Uttar Pradesh, Uttarakhand, Himachal Pradesh and Gujarat.