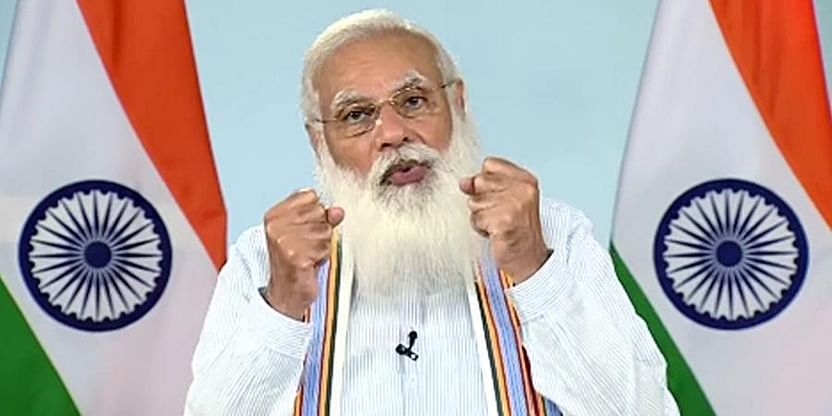 Prime Minister Narendra Modi on Monday announced a National Edible Oil Mission-Oil Palm (NMEO-OP) to make India self-sufficient in cooking oils, including palm oil, as he stressed on reducing the dependence on imports.

Addressing a virtual event on PM-Kisan scheme, he said over Rs 11,000 crore will be invested in the edible oil ecosystem.

The Prime Minister also transferred over Rs 19,500 crore to over 9.75 crore farmers under the government's flagship PM-Kisan scheme

On the occasion, Modi said while India has become self sufficient or Aatamnirbhar in production of rice, wheat and sugar, but it was not enough as the country is dependent on huge imports of edible oils.

Modi stressed India must become self reliant in edible oil too as he announced NMEO-OP.

The Prime Minister said the government will ensure that farmers get all facilities, from quality seeds to technology to promote farming to produce palm oil and other oil seeds.

It is to be noted here that India is dependent on imports of edible oil to meet the domestic demand. Of the total imports, palm oil constitutes about 55 per cent.

The country spent thousands of crores of rupees on edible oil imports, Modi said, and added that this money rather should go to farmers.