PIL in SC against vaccine coercion without data disclosure

Coercing citizens directly or indirectly to get vaccinated is unconstitutional and violates right to life of citizens, the PIL said

New Delhi: A former member of the National Technical Advisory Group on Immunisation has moved a Public Interest Litigation (PIL) in the Supreme Court against coercion for taking the inadequately tested Covid vaccines and pressed for public disclosure of the vaccines' clinical trial data and the post vaccination data as mandatory under the international medical norms.

"Coercing citizens directly or indirectly to get vaccinated is unconstitutional and violates the right to life of citizens. While the government has clearly stated in numerous RTIs that Covid vaccines are voluntary, there are many instances from across the country where various authorities are mandating the vaccines," says the petition filed by Dr Jacob Puliyel through advocate Prashant Bhushan.

He has sought directions to the Government of India to make public the segregated data of the clinical trials of the vaccines that are being administered to the population in India under the Emergency Use authorisation granted by the Drug Controller General of India (DCGI). The PIL, however, makes it clear that it should not be misunderstood as a plea challenging the present Covid vaccination programme.

The PIL says though the emergency authorisation of vaccines as done by the government may be advisable in the present situation, yet it does not mean that these vaccines can be forced upon people, especially without relevant data being available for independent public and scientific scrutiny.
It has also sought directions for disclosure of the post-vaccination data regarding adverse events, the vaccinees who got infected with Covid needing hospitalisation and those who died post vaccination. It says such events should also be advertised through toll-free numbers.
The plea says disclosure of the segregated data of vaccine clinical trials with segregation of each vaccine and each group cannot be undermined and mut be disclosed through peer-reviewed scientific journals. It says the disclosure is necessary for two reasons:
1. To ascertain if certain sections of population are more susceptible to adverse reactions; and
2. To determine adverse effects in various age groups and on differing populations.
The PIL also lays stress on the careful monitoring of the vaccine recipients by the authorities and public recording of all adverse events as in other countries since such observations help identify occurrence of blood clots and strokes to the recipients.
"India with its huge population and numbers vaccinated should have reported these adverse events first but due to poor follow up and poor adverse events first but due to poor follow-up and poor adverse events following immunisation, evaluation and suppression of data, these events have not been put in public domain, endangering many to suffer the same fate," the petition said.
Acknowledging that Covid is a public health emergency, the petitioner says it should not mean that all data of relevance as to the efficacy or side effects of the vaccines, which have been given approval, should not be collected systematically and made publicly available, especially when they are being used in a universal immunisation programme.

He has argued that coercing people to take the vaccines on pain of losing jobs or access to the essential services which has begun to happen in many parts of the country, is a clear violation of the fundamental rights, especially when the emergency approvals have been given to the vaccines without full and adequate testing and without transparency of trial and post vaccination data.

Explaining the urgency for which the petitioner is knocking at the doors of the highest court of justice in the country, Dr Jacob said the history shows that the vaccines can be very useful in fighting diseases and pandemics, but they can also have serious unintended side-effects. "Therefore, before vaccines are approved, they need to be properly tested and studied through clinical trials and the test results must be made available for scrutiny by the independent scientists. 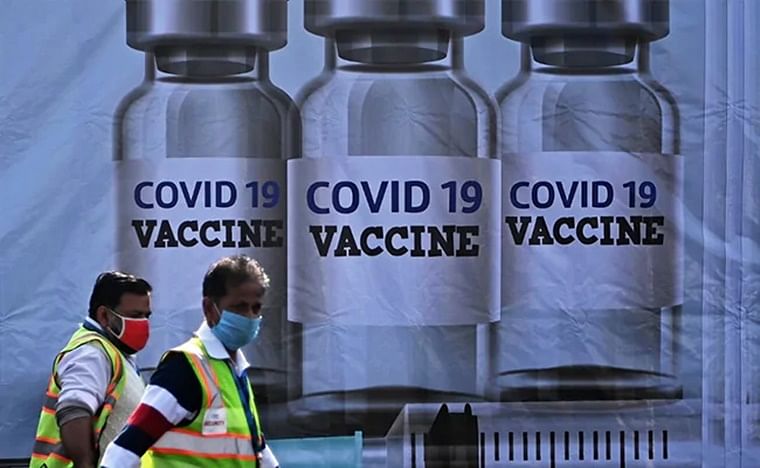 HomeIndiaPIL in SC against vaccine coercion without data disclosure