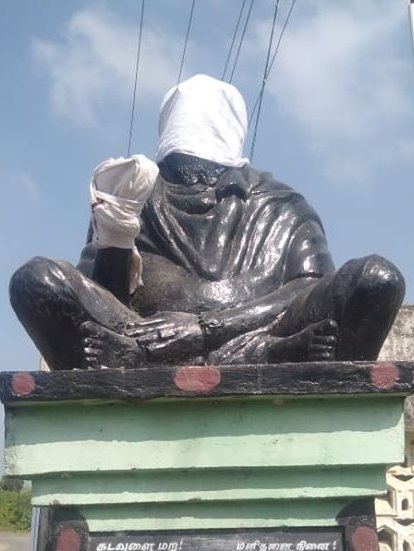 Chennai: A statue of rationalist leader EV Ramasamy 'Periyar' was found vandalised in neighbouring Kancheepuram district on Friday with political leaders in Tamil Nadu condemning it and demanding stern action against the culprits. The statue at Salavakkam was found damaged on Friday morning, causing a flutter in the locality, police said. The state police warned of "strong action" against anti-social elements involving in vandalising statues of Periyar or other leaders. The incident comes against the backdrop of a renewed debate on Periyar in Tamil Nadu, after superstar Rajinikanth last week had made some remarks about a 1971 rally taken out by the Dravidian stalwart. Condemning the vandalisation, DMK president MK Stalin on Friday said damaging the statue of Periyar who had "strived for Tamils and Tamil Nadu for 95 years was shameful and regrettable." The state government must take due action, he told reporters here. DGP LK Tripathy "has warned police will take very strong action against anti-social elements who vandalise statue of Thanthai Periyar or statues of other leaders in the state," a police source said. PMK founder leader S Ramadoss expressed concern over the incident and said it will harm general peace. Of late, such incidents have been recurring in the state, he said adding anyone who hold contrarian views to that of Periyar should only express their opinions but not resort to such vandalism which was unacceptable. He demanded the arrest of culprits behind the act. CPI state secretay R Mutharasan and AMMK leader TTV Dhinakaran also condemned the vandalism and demanded proper action. 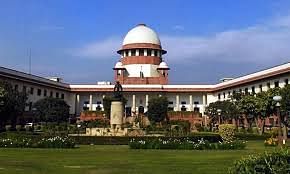