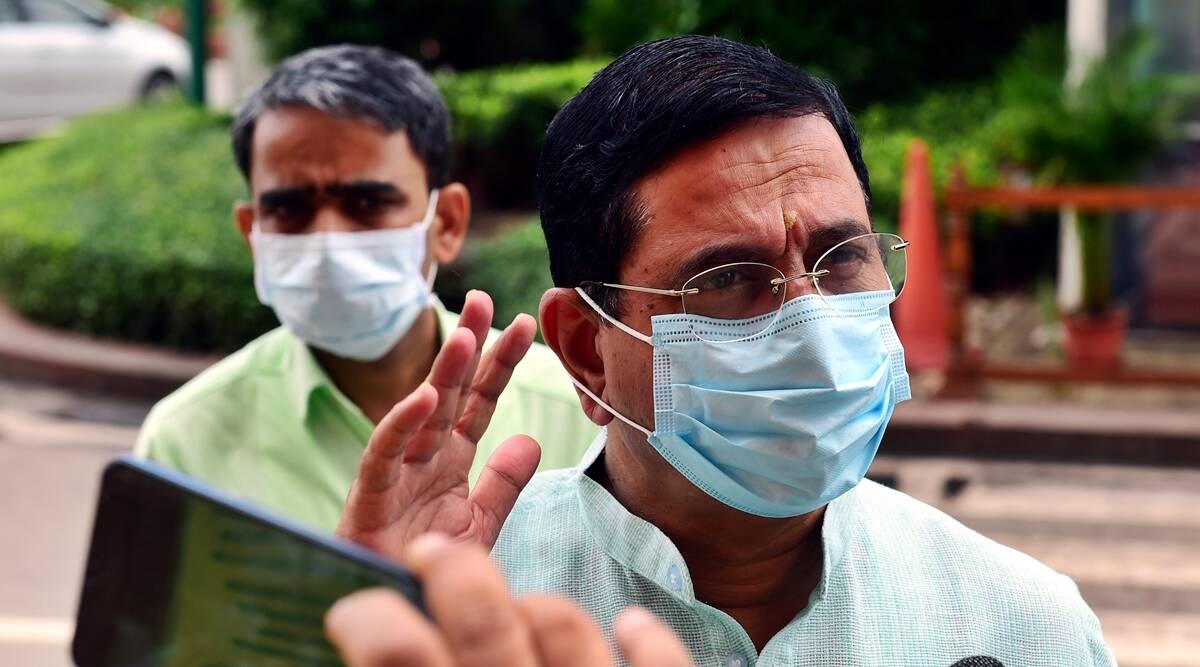 New Delhi: As Opposition protests over alleged snooping using Pegasus spyware continue to disrupt Parliamentary proceedings, Union minister Pralhad Joshi on Friday said the controversy was a "non-issue" and that the government was ready for discussions on people-related issues.

The Pegasus spyware issue has snowballed into a political controversy, disrupting Lok Sabha and Rajya Sabha since the start of the Monsoon session on July 19. IT Minister Ashwini Vaishnaw has given a statement on the issue in both the Houses but the Opposition parties are not satisfied and are demanding specific answers.

As yet another day of Lok Sabha proceedings were adjourned due to vociferous protests, Joshi, the Union Parliamentary Affairs Minister, urged the protesting members to allow the House to function while speaking during the Question Hour.

While describing the Opposition's behaviour as "unfortunate", the minister said in the Lower House that the spyware issue was not a serious one.

Noting that the IT Minister has already given a detailed statement on the issue in both the Houses, Joshi said the protests are over a "non-issue, non-serious issue".

"There are so many issues directly related to the people of India... government is ready for discussions," he said.

This week, the Lower House passed some bills without much discussion amid the din.

"We don't want to pass bills without discussions," Joshi asserted.

As soon as the House met for the day, Congress leader Adhir Ranjan Chowdhury sought to raise certain issues but was not allowed.

During Question Hour, Opposition members raised slogans and displayed placards as they protested on Pegasus spyware controversy and other issues.