Union Electronics and Information Technology Minister Ashwini Vaishnaw on Thursday reiterated that the media report about the use of Pegasus spyware is a carefully-timed attempt to malign the Indian democracy.

Taking to microblogging sites Twitter and Koo, the Minister said, "A sensational story around Pegasus being published just a day before the monsoon session in Parliament cannot be a coincidence. In the past, similar claims were made regarding the use of Pegasus on WhatsApp. Those reports had no factual basis and were categorically denied by all parties, including in the Supreme Court." He said, "This press story on Pegasus, done by a web portal on 18th July 2021, attempts to malign the Indian Democracy and its well-established institutions." The minister has earlier given the same statement in Lok Sabha, on the first day of the Monsoon Session on July 19, a day after the report was published.

The minister's statement came following the incident where TMC MP Santanu Sen on Thursday snatched the copy of Vaishnaw's statement, while he was delivering his speech in Rajya Sabha, and tore it into pieces.

Following this, there was a verbal feud between BJP and TMC MPs. Marshals intervened to bring the situation under control.

Heated words were exchanged between Union Minister Hardeep Singh Puri and TMC MP Santanu Sen after the latter snatched a paper from Vaishnaw while he was speaking on the 'Pegasus Project' report in Rajya Sabha. 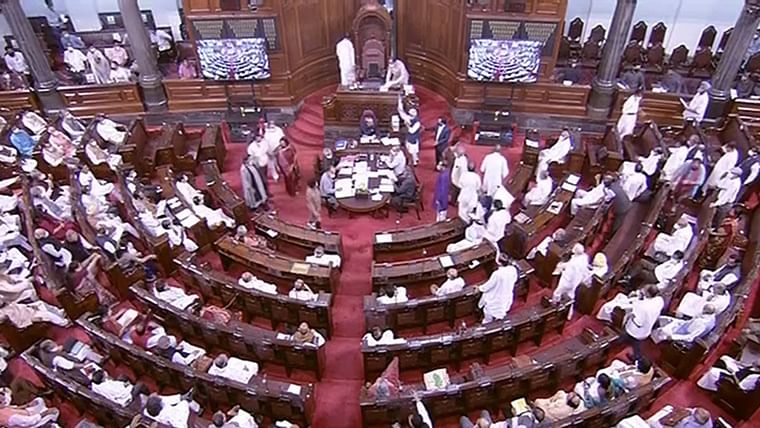