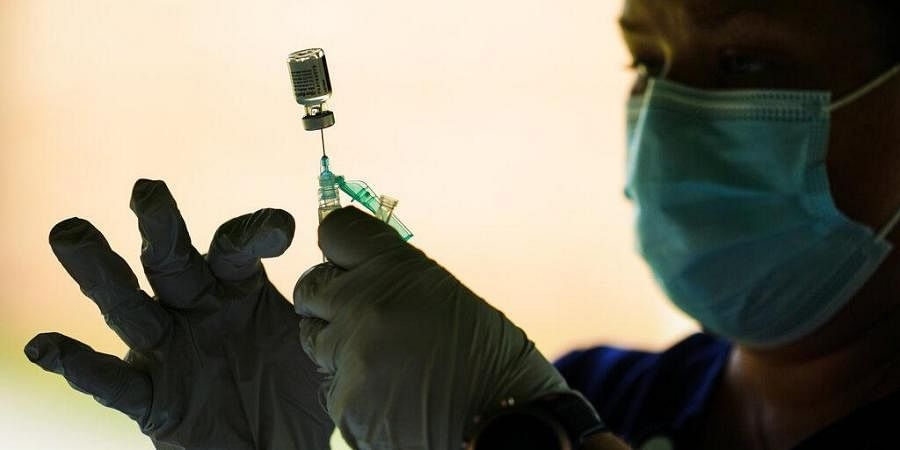 In a related development, the Delhi government has directed its officials to open temporary vaccination centres for children in the age group 15-18 years in its 20 schools where health clinics are operational.

India logged 2,47,417 new coronavirus infections, the highest in 236 days, taking the total tally of COVID-19 cases to 3,63,17,927 which includes 5,488 cases of the Omicron variant, according to the Union Health Ministry data updated on Thursday.

The country saw a single day jump of 620 cases of the Omicron variant, the highest so far, taking the total tally of such cases to 5,488, out of which 2,162 people have recovered or migrated so far.

Maharashtra recorded the maximum number of 1,367 cases of the Omicron variant followed by Rajasthan at 792, Delhi 549, Kerala 486 and Karnataka 479.

The active cases comprise 3.08 per cent of the total infections, while the national COVID-19 recovery rate decreased to 95.59 per cent, the ministry said.

A total of 2,57,299 coronavirus infections were reported in a single day on May 21 last year.

The number of people who have recuperated from the disease surged to 3,47,15,361 while the case fatality rate was recorded at 1.34 per cent.

The cumulative doses administered in the country so far under the nationwide COVID-19 vaccination drive has exceeded 154.61 crore.

The ministry stressed that more than 70 per cent of the deaths occurred due to comorbidities.