Morbi: The death toll in Morbi suspension bridge collapse in Gujarat rose to 142 on Monday with rescue personnel recovering more bodies from the Machchhu river, a police official said.

The over a century-old bridge, which had reopened five days ago after extensive repairs and renovation, was crammed with people when it collapsed around 6.30 pm on Sunday.

"At least 142 deaths have been reported so far," the official said.

Gujarat Minister of State for Home Harsh Sanghavi told reporters at Morbi, around 300 km from the state capital, that the state government has formed a committee to probe the collapse.

Eyewitnesses said there were several women and children on the British era "hanging bridge" when it snapped, plunging them into the water below.

Some people were seen jumping on the bridge and pulling its big wires, an eyewitness said, adding the bridge may have collapsed due to the "huge crowd" on it.

After the collapse, all that remained of the bridge was part of the metal carriageway hanging down from one end into the dark water, its thick cables snapped in places.

At the local hospital people formed a human chain to hold back crowds and keep the road clear for ambulances which brought those rescued.

Sanghavi said a five-member high-powered committee has been formed to probe the bridge collapse. It includes Roads and Buildings department secretary Sandeep Vasava and four other senior officers. 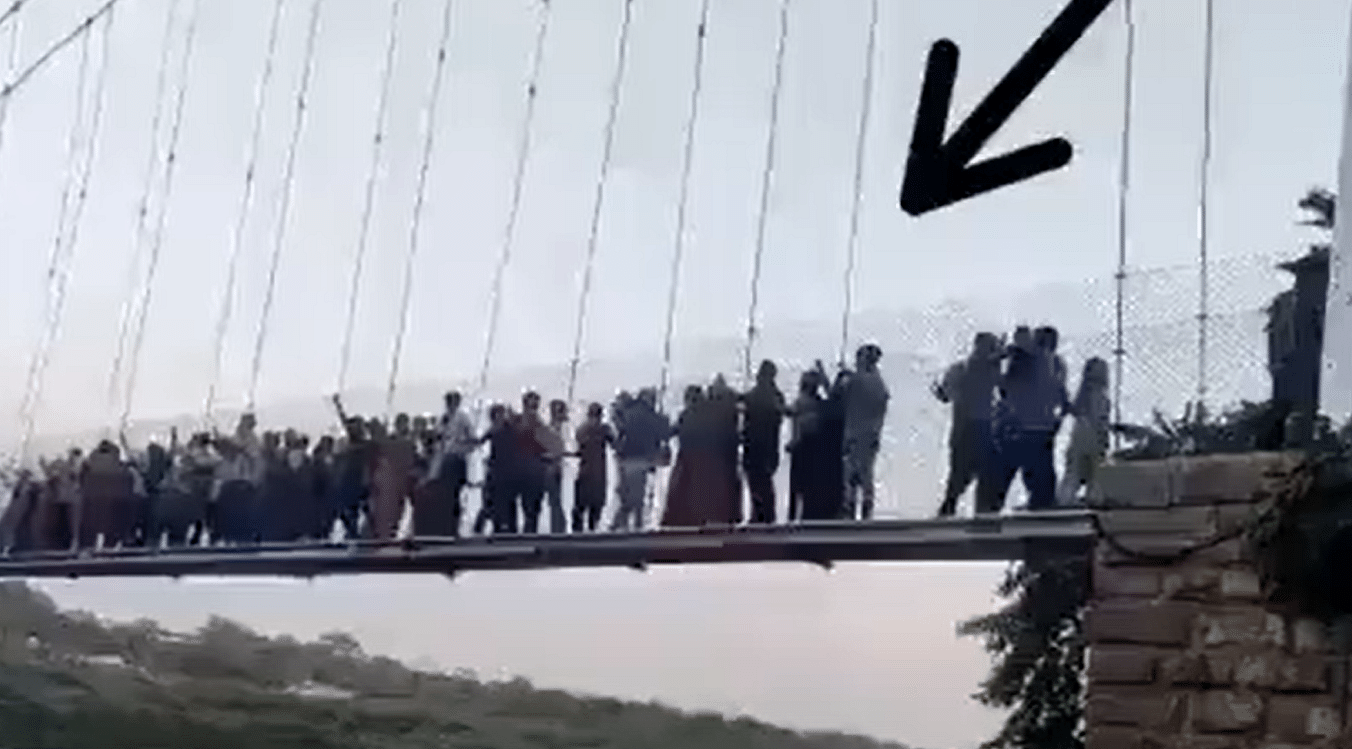 Gujarat | Early morning visuals from Morbi Civil Hospital where the patients injured in the Morbi cable bridge collapse are admitted.

A private operator had carried out the repair work of the bridge for nearly six months before it was reopened to the public on the Gujarati New Year Day on October 26.

Chief Minister Bhupendra Patel reached the accident site late in the night and also met those injured at the civil hospital.

The state government has announced a compensation of Rs 4 lakh to the kin of the deceased and Rs 50,000 for the injured.

Following the accident, Modi has cancelled his road show, scheduled to be held in Ahmedabad Monday ahead of the state Assembly polls, BJP sources said.

A "page committee sammelan", scheduled to be held on Tuesday in Modi's virtual presence, has been put off, they added.