The national capital has been witnessing continuous rainfall from the past few days | Photo Credit: ANI
Follow us on

New Delhi: The India Meteorological Department issued an orange alert, predicting moderate rain in the national capital on Saturday and warning of possible waterlogging in low-lying areas of the city and major traffic disruptions.

The weather department also issued a yellow alert for Sunday and again an orange alert also for Monday. The national capital has been witnessing continuous rainfall from the past few days, which resulted in a drop in mercury. The maximum and minimum temperatures are likely to settle around 32 and 25 degrees Celsius, respectively. 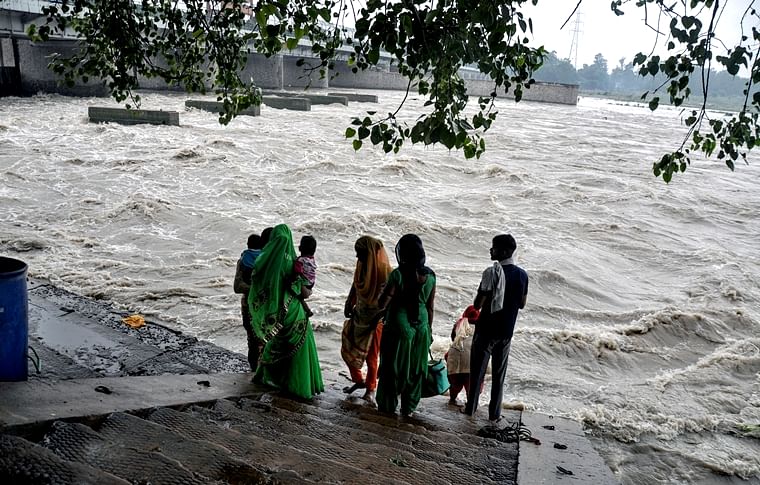 Additionally, The Delhi administration on Friday sounded a flood alert and expedited efforts to evacuate people living in the Yamuna floodplains, as the river in the capital breached the danger mark of 205.33 metres amid heavy rains in the upper catchment areas, officials said.

It is to be noted that the IMD uses four colour codes, as per the intensity of the rainfall, starting with Green which means all is well; yellow indicating severely bad weather. It also suggests that the weather could change for the worse, causing disruption in day-to-day activities.

Followed by an orange alert which is issued as a warning for extremely bad weather with the potential of disruption in commute with road and drain closures and interruption of power supply, and at last, red is when extremely bad weather conditions are certainly going to disrupt travel and power and have significant risk to life.