Only India has moved to protect religious population: RSS leader

Defending the Act, Indresh Kumar said that while no country of the world has made a move to protect its religious population
Sangeeta Pranvendra 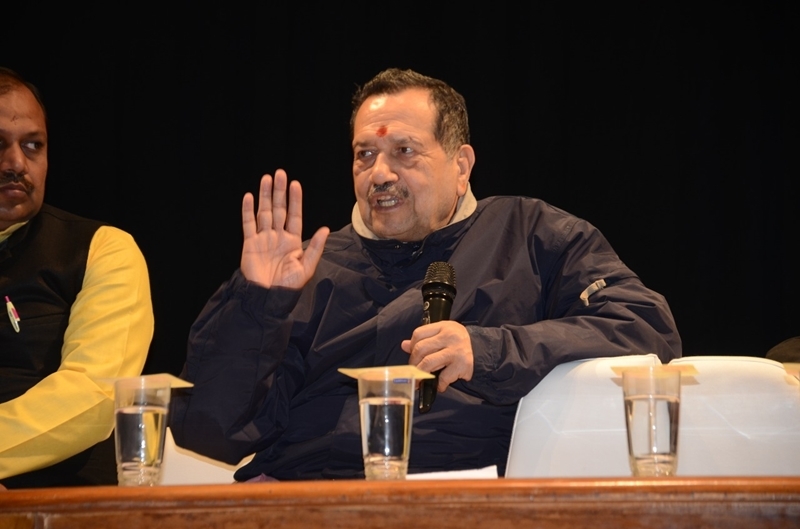 Jaipurl: A seminar to explain the positive aspects of the CAA was organised by the Vishva Samvad Kendra a subsidiary of the RSS in Jaipur on Sunday. RSS ideologue Indresh Kumar addressed a gathering of persons from different sections of the society.

Defending the Act, Indresh Kumar said that while no country of the world has made a move to protect its religious population that are facing persecutions in countries where they are in minority, India has been the only country that has been doing it.

Moving beyond the issue of explaining CAA provisions to the public he asked the people to aim for a society that is not divided by religion and factionalism.

He spelled out the future plan of the RSS. He asked the people to raise their hands in prayer and repeat after him, “We have been born in a divided India, but please create a situation where we die in an undivided India.

This is why God has sent us to the world,” he said to the crowd that cheered while repeating his words. “We have seen the map of the country change last year we have seen a divided India begin to get consolidated.

We saw the 500-year-old Ram temple case getting solved. I ask the question; why should a conference about of borders not be held in Karachi.”

He came down heavily on Pakistan, saying while India is welcoming persecuted minorities of Pakistan, Pakistan has gone on record to say Muslims from India are not welcome.