Not illegal Bangladeshis: Indians left homeless after hundreds of shanties razed in Bengaluru 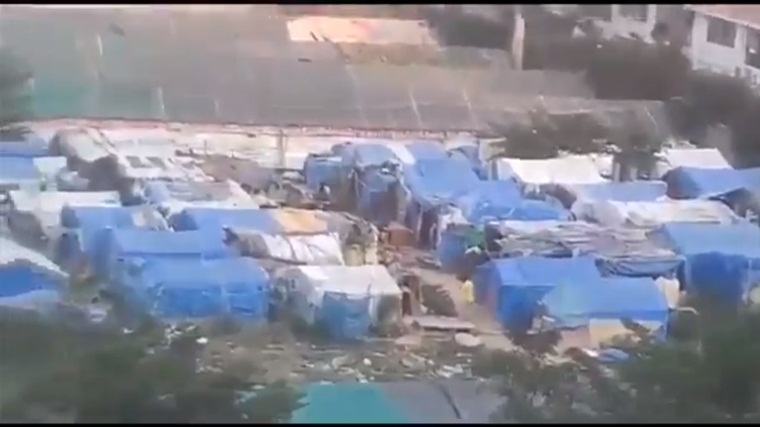 According to News18, electricity and water supply to the location was cut off three days ago. And after the demolition of the shanties, the residents, mostly migrants from Assam, Tripura, some even from North Karnataka, were allegedly asked to vacate the land.

The police alleged that the tenants were “illegal Bangladeshi migrants”, and claimed the landowner had been sent an eviction notice. Activists, however, dismissed the police’s claim and said the people who had lost their homes were from various parts of the state, and North India. MN Anucheth, DCP, Whitefield told News18, "We have not asked anyone to move. We have asked the owners to furnish details of the residents there. This is after 60 Bangladeshi illegal immigrants were detained from North Bengaluru in October 2018."

The Bruhat Bengaluru Mahanagara Palike (BBMP) had written a letter to police, on January 81, asking for protection during the removal of encroachments. However, the “illegal Bangladeshi immigrants” had shown their valid identity cards, which revealed most are from the Northeast India and North Karnataka.

Ahadur Rahman, a migrant from Assam told News 18, "The sheds were demolished around 12 noon on Saturday. People in civilian clothes asked us to clear the space. There was also a cop with them. We are not Bangladeshis. We have proof that we are Indians. We have come here to work and earn a living."

On January 12, BJP MLA Arvind Limbavali had also tweeted that immigrants from Bangladesh had settled in the locality. In a series of tweets Limbavali said that, "Few people have taken shelter under illegally constructed sheds located in Kariyammana Agrahara of Bellanduru which is within the jurisdiction of our Mahadevapura Assembly constituency."

"Illegal activities were taking place in those Sheds and the environment was spoiled without cleanliness, hence the area was a site of illegal activity. This was brought to my notice through social media," Limbavali said.

"The concerned authorities were instructed to take action against it. Officials are reviewing and taking action. Residents from other areas have settled here, some of them are suspect to be illegal immigrants of Bangladesh," the BJP MLA added.