No one will emerge victorious from the war in Ukraine, External Affairs Minister Dr S. Jaishankar said on Tuesday, at the annual Raisina Dialogue.

“There are no real winners in the Russia-Ukraine conflict,” Jaishankar said.

“I recognise today that the conflict in Ukraine is the dominant issue, if not among the dominant issues of the day … Truth is, there is really nobody who wants to see this conflict,” he said. “I understand that at this moment, this would probably occupy you to the exclusion of almost everything else. but there is also a world out there.”

The minister was responding to a volley of questions about India’s position on the war in Ukraine and its close ties with Russia at the seventh edition of the Raisina Dialogue in Delhi.

He reminded his European counterparts, who are currently visiting India, of last year’s humanitarian crisis in Afghanistan after the West withdrew its troops from there and the Taliban took over.

“You spoke about Ukraine, I remember what happened less than a year ago in Afghanistan where an entire civil society was thrown under the bus by the world,” he said in response to a question asked by Norway’s foreign minister, Anniken Huitfeldt.

“We, in Asia, face our own sets of challenges which often impact the rules-based order,” he said. “So, I would say, quite honestly, all of us would like to find the right balance of our beliefs, of interests, of our experiences … It looks different from different parts of the world.”

To a specific question by Foreign Minister of Norway Anniken Huitfeldt on the situation in Ukraine, Jaishankar said India has been pressing for an urgent cessation of fighting and a return to the path of diplomacy and dialogue.

"I think where the conflict in Ukraine is concerned, we have a very clear position that has been articulated. A position which emphasises the urgent cessation of fighting, which urges a return to diplomacy and dialogue which stresses the need for respecting the sovereignty and territorial integrity of states," he said.

"You spoke about Ukraine. I remember, less than a year ago, what happened in Afghanistan where an entire civil society was thrown under the bus by the world," he said.

"I would say quite honestly, all of us would like to find the right balance of our beliefs and interests, of our experience, and that is what all really try to do. It looks different from different parts of the world. The priorities are different and that's quite natural," he added.

The minister was responding to a series of questions from his counterparts from Norway and Luxembourg as well as by former Prime Minister of Sweden Carl Bildt on the Ukraine crisis.

"Quite candidly, we have been hearing for the last two months a lot of arguments from Europe saying things are happening in Europe and Asia should worry about it because this could happen in Asia," Jaishankar said.

The external affairs minister said it is not that problems are going to happen and that the problems have been happening in Asia.

"This is a part of the world where the rules-based order has been under continuous stress for more than a decade and I think it is important for the rest of the world, outside Asia to recognise that today," Jaishankar said.

In his question, Bildt asked the external affairs minister what conclusion China could draw from what's happening in Ukraine and whether there was a possibility of Beijing seeing the possibility to do things that otherwise would not be allowed.

Also to the Swedish leader's comment that the conclusion that China could draw from the crisis in Ukraine could have major repercussions perhaps for India's security, Jaishankar said the questions should have been asked to Chinese Foreign Minister Wang Yi.

"I cannot honestly answer that question. But I do not think international relations necessarily function by precedence. People do not need to see something out there and say aha that's what I am going to do," Jaishankar responded.

"That's how mostly bureaucracy functions. But I think world affairs has sort of a much more self-driven, self calculating way of working," he added.

Jaishankar identified events in Afghanistan, the COVID-19 pandemic, the crisis in Ukraine and big power rivalry as "major shocks" the world is witnessing and said they have global consequences.

In recent weeks, Jaishankar has been sharp in his comments on Europe. In Washington DC, he said India’s total purchase of Russian energy for the month was “less than what Europe does in an afternoon”. Days earlier, speaking on the issue of sanctions as British Foreign Secretary Liz Truss listened, he said “it looks like a campaign”.

Ursula von der Leyen, the President of the European Commission, who was Germany’s defence minister under Chancellor Angela Merkel until 2019, met Prime Minister Narendra Modi on Monday, where the crisis arising out of the Russia-Ukraine conflict was the focus for discussion.

The foreign ministers of Poland, Lithuania, Slovenia, Portugal, the Netherlands, Norway, and Luxembourg are also in India.

While they have all come for the Raisina Dialogue, the flagship conference on geo-politics and geo-economics organised by the Ministry of External Affairs and the Observer Research Foundation on April 25-27, the war in Ukraine has dominated their conversations with Indian interlocutors. 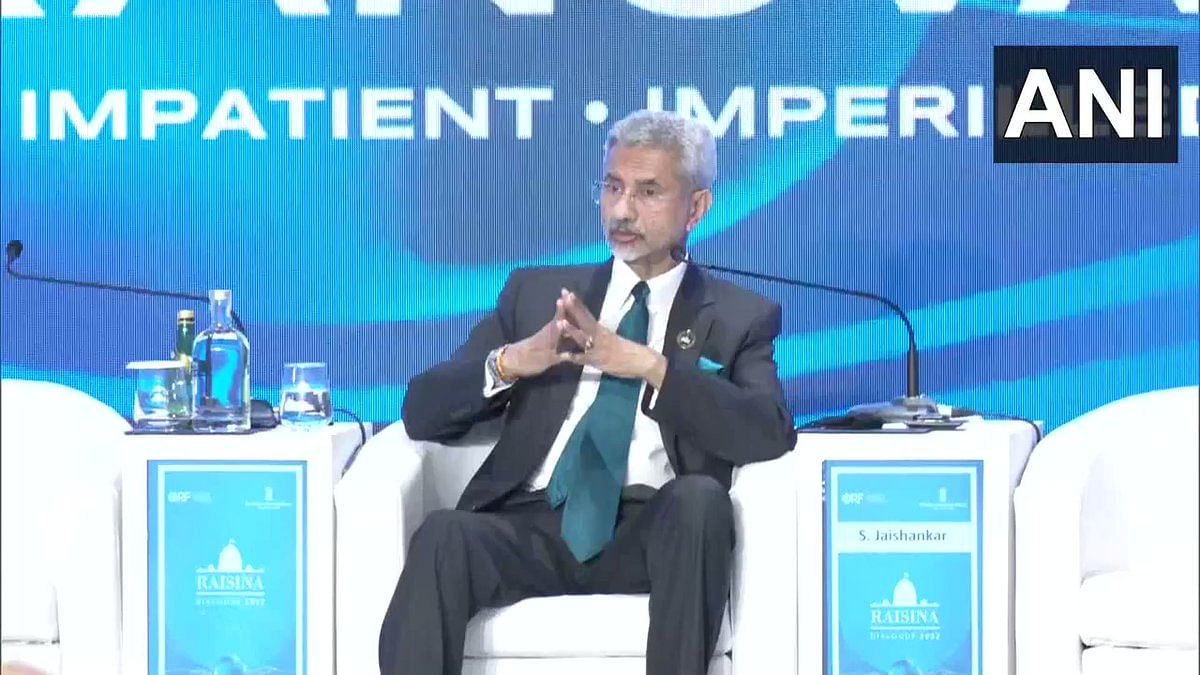 Watch Video: Crisis in Ukraine could be 'wake-up call' for Europe to look towards Asia, says...