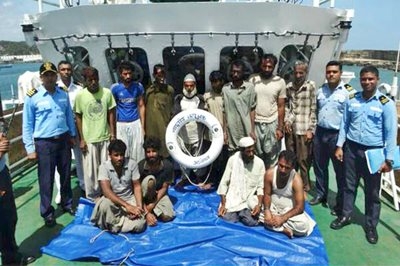 Thiruvananthapuram : The National Investigation Agency (NIA) began its probe into an Iranian boat, which was captured by the Indian Coast Guard off the Alappuzha coast last month. The 12 crew members of the captured Iranian boat, who are now in judicial custody, are likely to be interrogated by the NIA team. The NIA team reached Vizhinjam coast in Thiruvananthapuram, where they held discussions with the Coast Guard authorities, Local Police and Coastal police. According to reports, the crew had made calls to Pakistan and Afghanistan using a satellite phone.