Must systematically plan to give a govt which believes in principles of Constitution: Sonia Gandhi to Opposition leaders 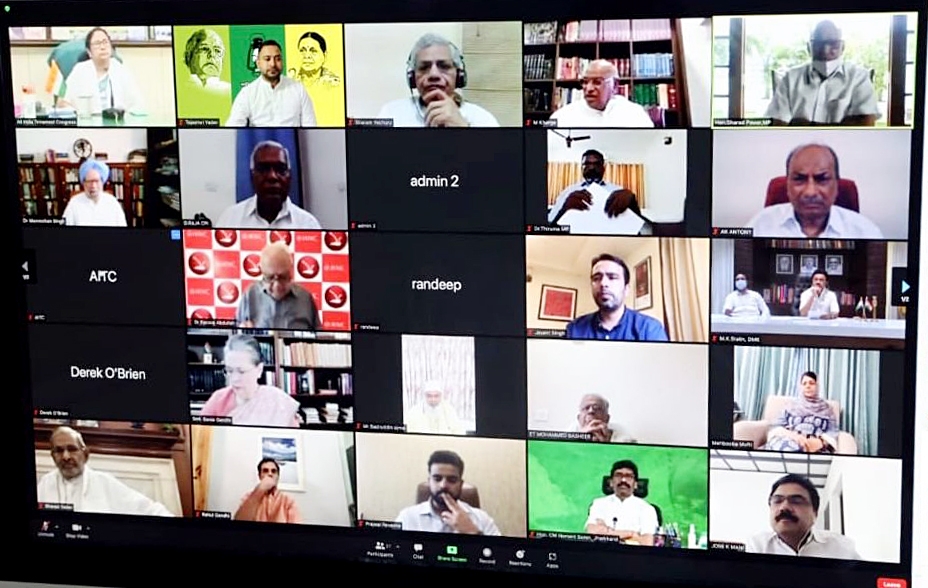 Congress president Sonia Gandhi on Friday urged opposition party leaders to work together and plan systemically for the 2024 Lok Sabha polls, saying the goal is to give the country a government that believes in the principles of the Constitution.

Addressing a virtual meeting of various opposition parties, she said this is a challenge but expressed hope that "together we can" do it.

"Despite our compulsions, the time has come when interests of our nation demand that we rise above them," Gandhi said.

Leaders of 19 political parties participated in the virtual meeting convened by Gandhi, amid efforts to boost opposition unity and evolve a common strategy against the NDA government.

"Of course, the ultimate goal is the 2024 Lok Sabha elections for which we have to begin to plan systematically with the single-minded objective of giving to our country a government that believes in the values of the freedom movement and in the principles and provisions of our Constitution," she said.

"This is a challenge, but together we can and must rise to it because there is simply no alternative to working cohesively together. We all have our compulsions, but clearly, a time has come when the interests of our nation demand that we rise above them," Gandhi said. Among those who participated in the meeting were NCP supremo Sharad Pawar, West Bengal Chief Minister Mamata Banerjee and her counterparts from Maharashtra and Tamil Nadu, Uddhav Thackeray and MK Stalin.

Leaders of AAP, BSP and SP were not present at the meeting.