On Friday, the Shahi Imam of Jama Masjid, Syed Ahmed Bukhari (in pic), who supported CAA saying it is not against the minorities and avoided mentioning it in the Friday sermon
Saiyed Moziz Imam 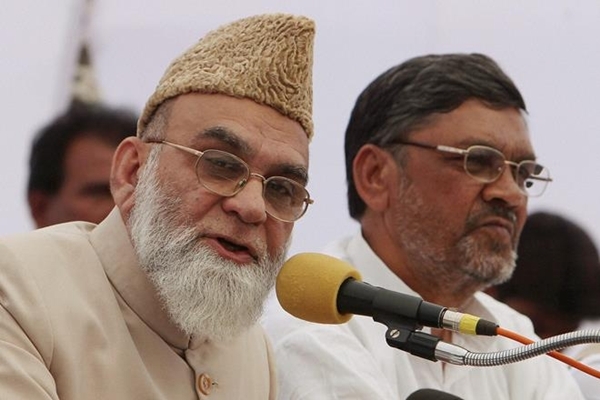 New Delhi: Amid protests by students and civil society groups across the country, Muslim clerics who have supported the government on the CAA are being isolated within the community, both in Delhi and Lucknow.

On Friday, the Shahi Imam of Jama Masjid, Syed Ahmed Bukhari (in pic), who supported CAA saying it is not against the minorities and avoided mentioning it in the Friday sermon, looked helpless at the Jama Masjid ramparts while the crowd walked with Dalit leader Chandrashekhar Azad, who had come to show solidarity with the protesters.

Many in the crowd wondered why the Shahi Imam did not oppose CAA during his Friday sermon. Riyaz, a resident of Jama Masjid, said, “We are surprised by his move as crowd chanted, ‘Born here, will die here’.”

Another cleric Kalbe Jaw­wad, who is from the Shia sect, has also not opposed CAA. Now, he is being trolled on social media for taking the side of the government.

Jawwad is being defended by Mehmood Paracha, a lawyer and close associate, who told IANS, “Anjuman-e-Haideri, whose chief patron is Kalbe Jawwad, has moved Delhi High Court against CAA and during the Friday agitation the members of the Anjuman were present with the Dalit leader Chandrashekhar.”

One of the agitators at Jamia Millia Islamia, Congress leader Parvez Alam Khan said, “The community will not fall in the bluff of these so-called religious leaders and people on the streets know better than them.”

On Sunday, the crowd swelled up in Jamia to protest against CAA which shows people are not taking those who are siding with the government very seriously, said a protester.